Jackie Trent - Where Are You Now ( The Pye Anthology) 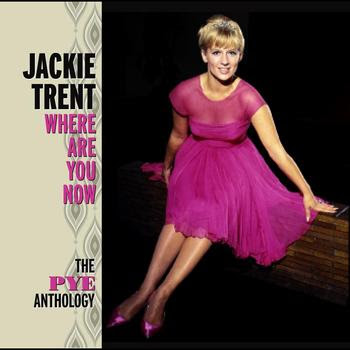 A British singer/songwriter of the '60s whose voice was far better suited for reaching the back row of Broadway auditoriums than soul or rock, Jackie Trent (born Yvonne Burgess in 1940; she changed her name to Jackie Trent at the age of 14) nonetheless operated on the fringe of the U.K. pop scene in the manner of other femme belters like Cilla Black, though her efforts were usually even more middle of the road. Her one big triumph was her number one British single in mid-1965, "Where Are You Now (My Love)"; that would be her only Top 20 entry. If she can often sound like Petula Clark crossed with Shirley Bassey, there's a good reason for that; she shared Clark's producer, Tony Hatch, who would become her songwriting partner and husband. Trent and Hatch, in fact, penned several of Clark's hits, though (with the exception of "Where Are You Now") the composers weren't nearly as successful when applying their songwriting/production talents to Jackie's discs. Trent recorded quite prolifically for Pye in the '60s (including some duets with husband Tony), but it's as a songwriter that she'll primarily be remembered. 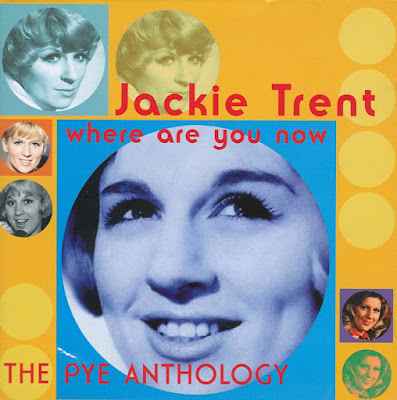 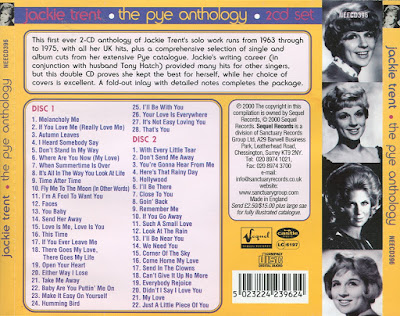 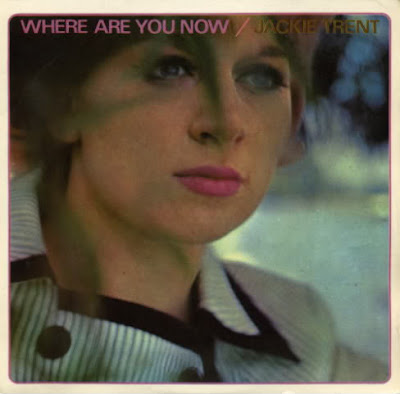 Jackie Trent's best work was done in partnership with Tony Hatch who was to become her husband, but her singing career began much earlier. She began singing professionally during the late 1950s and, although she was a popular singer at the small venues she played, she remained fairly unknown nationally. Her first recordings were with Oriole, which is now a label noted for being a little more adventurous with its signings than some of the better known ones. However, her work remained in relative obscurity until she auditioned at Pye for Hatch. The couple obviously liked each other's company because they soon began working together on a number of musical projects.

The first fruit of the new collaboration was 'Where Are You Now My Love' which they co-wrote, and which gave Jackie Trent her first and only #1. She had only two further minor hits in the UK, although her popularity and that of Tony Hatch was probably greater in Australia which was a country they frequently visited together.

Although they wrote several more well known songs together they were turned into hits for other singers - in particular Petula Clark. Since then their best known work is probably the composition of the theme tune for the Australian soap 'Neighbours'.

The British singer-songwriter died in hospital in Menorca on Saturday (March 21) after a long illness
The 74-year-old's family say she passed away  on Saturday morning with her family beside her...
(http://www.bbc.com/news/entertainment-arts-32004996)