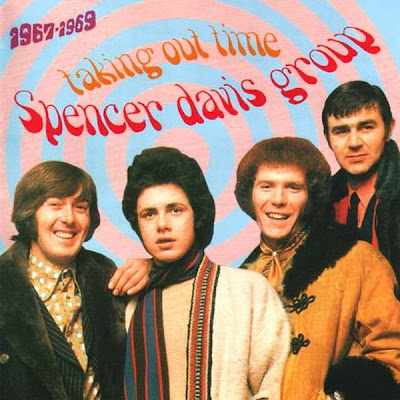 With the loss of Stevie Winwood, the Spencer Davis Group were just another rock band. But that didn't keep them from marching onwards until the end of the decade, with a few more personnel changes. This compilation of 20 previously unreleased tracks is taken from radio/TV broadcasts and studio outtakes, as well as their near-complete unreleased 1969 album, Letters From Edith. The 1967-1968 cuts are middling pop-flavored psychedelia that's heavy on the organ-guitar combination, with the odd slice of above-average material ("With Their New Face On") and strange stylistic detour (a couple of Jimmy Webb songs). Guitarist Ray Fenwick comes to the fore as songwriter on the Letters From Edith sessions. This finds them groping for a style -- some country-rock here, a bit of jazzy funk there, and some lowest-common-denominator psych-prog as well -- without much success, though the jazz-soul instrumental organ showcase "Firefly" isn't bad. ~ Richie Unterberger, Rovi

Formed in Birmingham, England, in 1962 as the Rhythm And Blues Quartet, the band featured Spencer Davis (Born 17 July 1941, Swansea, South Wales; guitar/vocals), Steve Winwood (Born 12 May 1948, Birmingham, England; guitar/organ/vocals), Muff Winwood (Born Mervyn Winwood, 15 June 1943, Birmingham, England; bass) and Pete York (Born 15 August 1942, Middlesbrough, Cleveland, England; drums). School teacher Davis, the elder Winwood brother and drummer York were already experienced performers with backgrounds in modern and traditional jazz, blues, and skiffle. The band were gradually dwarfed by the younger Winwood's immense natural musical talent. While they were much in demand on the fast-growing club scene as performers, their bluesy/pop records failed to sell, until they made a breakthrough in 1965 with "Keep On Running", which reached number 1 in the UK. This was followed in quick succession by another chart-topper, "Somebody Help Me", and three more notable hits, "When I Come Home", "Gimme Some Lovin'", and "I'm A Man".

In keeping with 60s pop tradition they also appeared in a low-budget UK film, The Ghost Goes Gear. Throughout their career they were managed by Chris Blackwell, founder of Island Records. Amid press reports and months of speculation, Steve Winwood finally left to form Traffic in 1967. A soundtrack album, Here We Go Round The Mulberry Bush, released that year, ironically had both Traffic and the Spencer Davis Group sharing the billing. Muff Winwood also left, joining Island as head of A&R. Davis soldiered on with the addition of Phil Sawyer, who was later replaced by guitarist Ray Fenwick from After Tea and Eddie Hardin (keyboards). The latter had an uncannily similar voice to Steve Winwood. They were unable to maintain their previous success but had two further minor hits, "Mr Second Class" and the richly psychedelia-phased "Time Seller". After a number of line-up changes including Dee Murray and Nigel Olsson, Hardin And York departed to form their own band, and enjoyed some success mainly on the continent during the progressive boom of 1969-70. Davis eventually went to live in America where he became involved in the business side of music, working in A&R for various major record companies.

The Davis/York/Hardin/Fenwick team re-formed briefly in 1973 with the addition of Charlie McCracken (ex-Taste) on bass and made a further two albums. The infectious single "Catch Me On The Rebop' almost become a belated hit. Today, York can still be found playing in various jazz style bands; his acknowledged talent as a drummer being regularly in demand. Spencer Davis is still making the occasional album from his base on the west coast of America. Muff Winwood went on to become head of Artist Development at CBS Records, with signings including Shakin" Stevens, Bros, Paul Young and Terence Trent D'Arby. Steve Winwood, after progressing through Blind Faith and Airforce, became a highly successful solo artist. In 1997, Davis was touting a new version of the band, which included the original drummer York together with ex-Keef Hartley Band vocalist/guitarist Miller Anderson.

Bibliography:
Keep On Running: The Steve Winwood Story, Chris Welch. Back In The High Life: A Biography Of Steve Winwood, Alan Clayson.