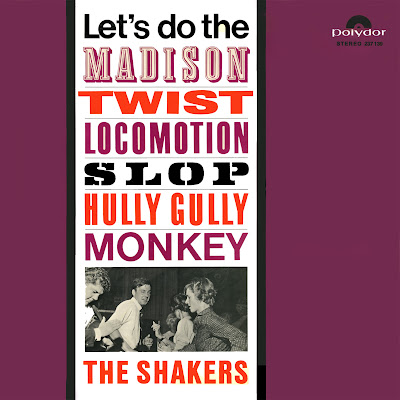 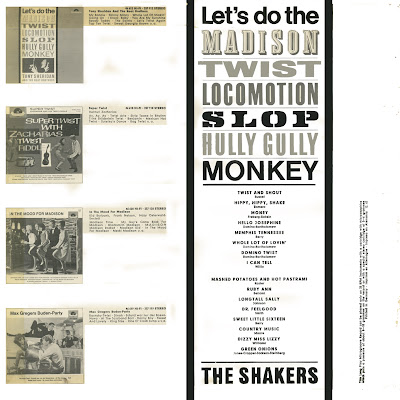 Edward 'Ted' Taylor, called 'King Size' in a not-too-subtle allusion to his formidable appearance, was already a highly experienced member of the first music generation from Liverpool when he made his first trip to Hamburg. He and the Dominoes claimed, probably justifiably, that they were one of the very first rock bands in their hometown. It's a fact that they were the first Merseyside group to go on air at Radio Luxembourg. As was so often the case, the Dominoes reached back to the end of the Skiffle era. Both, Ted Taylor and Bobby Thompson were members of the James Boys Skiffle Group as early as 1957. The first real Dominoes group existed by the end of 1957, but only as a pure Rock'n'Roll band. Charlie Flynn and Sam Hardie belonged to the group, two names that would remain constant in the band's ever changing genealogical tree. The name King Size Taylor And The Dominoes is mentioned for the first time in 1960. That year, the musicians divided between the Dominoes and Ian And The Zodiacs....
Although the Dominoes were under contract with Philips, Murphy had his eyes on the idea of recording them for Polydor. Since King Size Taylor And The Dominoes were obviously willing to try out anything, they soon reached an agreement. Under the pseudonym of the Shakers, the band's first LP was soon released with three singles drawn from that album, all on Polydor. Tony Sheridan had used similar methods. While under contract with Polydor, he recorded as a member of the Star Combo for Philips, reinventing his last name as Dan Sherry. After the Polydor recordings, Sam Hardy joined Sheridan and his often changing Beat Brothers to finally end up with the German-English Tramps...
NEXT...

(http://www.center-of-beat.com/starclub/bands)
**
Ted "Kingsize" Taylor - lead guitar/sax/vocals
John Frankland - guitar/vocals
Bobby Thompson - bass guitar/vocals
Sam Hardie - keyboards
Gibson Kemp - drums
**
Claiming to be the first of the Merseybeat groups, the Dominoes were formed in late 1957 by ex-members of two skiffle groups - The Sinners & The Bobby Bell Rockers. The following year, Taylor joined from the James Boys.
Taylor, with his trademark chequered jacket, would go on to become a stable element in a group which was afflicted by many changes of personnel. For a period between 1960 and 1962 a young Cilla Black sang with them.

They became an integral part of the Hamburg scene. Indeed, it was Taylor, using a home tape recorder, who recorded The Beatles playing live at The Star Club during one such visit in 1962.
Apart from recording under their own name, they also released records as "The Shakers", but despite being a fine group and at the forefront of the action in Liverpool, they received little national publicity and none of their records sold in sufficient quantities to make the charts.

Taylor and The Dominoes parted company in mid '64, shortly after backing Chuck Berry on his first tour of Britain. The Dominoes disintegrated fairly quickly but Taylor went on to work with The Griff Parry Five before forming Kingsize Taylor & His Band.