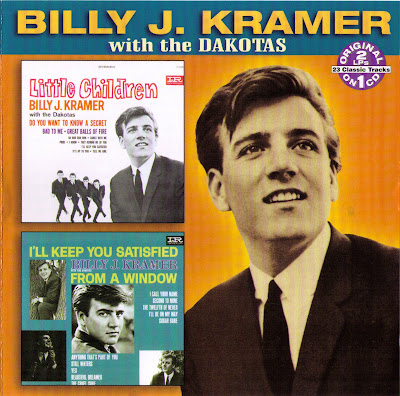 This Collectables reissue features two albums released in 1964 on the Imperial label by British invasion band Billy J. Kramer and the Dakotas. Although their reign on the pop charts would be extremely short, they managed to score a few memorable hits. The albums Little Children (also the title of their first hit single in the U.S.) and I'll Keep You Satisfied include several Lennon/McCartney-penned songs: "Bad to Me" (another hit), "Do You Want to Know a Secret," and "I Call Your Name," along with cover versions of "Da Doo Ron Ron," "Great Balls of Fire," and "The Twelfth of Never." While this is a fine reissue, The Best of Billy J. Kramer on EMI would probably be a better purchase for anyone but the most ardent Merseybeat fan. 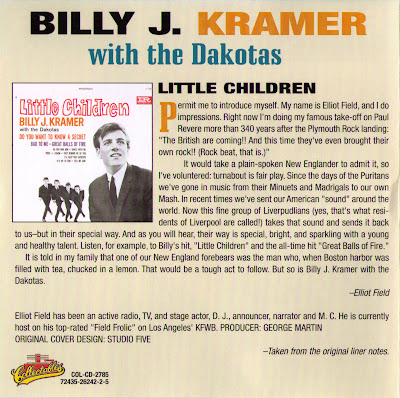 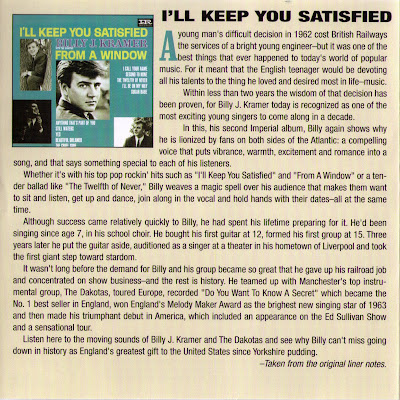