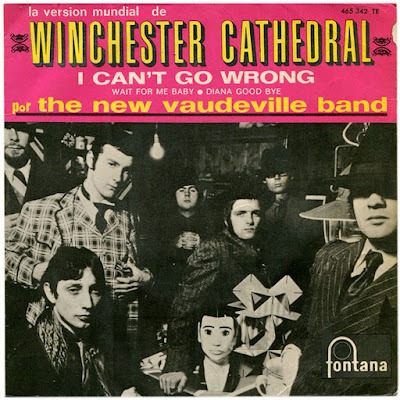 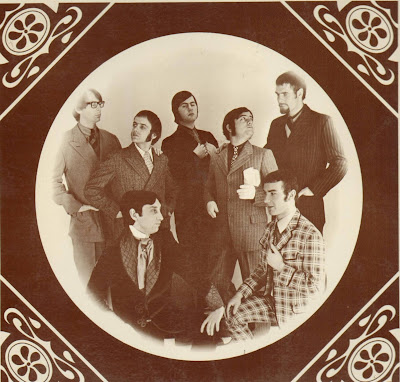 The New Vaudeville Band was a group created by songwriter Geoff Stephens (born 1 October 1934, New Southgate, North London) in 1966 to record his novelty composition "Winchester Cathedral", a song inspired by the dance bands of the 1920s and a Rudy Vallee megaphone style vocal.

One of the oddest one-hit wonders of the '60s, the New Vaudeville Band -- true to their name -- drew from the swinging vaudeville, trad jazz, and British music hall styles of the '20s and '30s to create a distinctively anachronistic brand of novelty pop. The group was masterminded by producer/songwriter Geoff Stephens, who in 1966 convened a group of mostly anonymous studio musicians (including drummer Henry Harrison) to record a jaunty, old-timey British number he'd written called "Winchester Cathedral." Though Stephens was credited as the vocalist on the track, it was later confirmed to be sung by ex-Ivy League/Flowerpot Men/First Class vocalist John Carter, who sang through his hands to simulate the sound of a megaphone (as on old Rudy Vallee records). "Winchester Cathedral" was an enormous hit, climbing into the British Top Five and going all the way to number one in America, where it also won a Grammy. Stephens suddenly needed a band for touring purposes and at first invited the similarly backward-looking Bonzo Dog Doo Dah Band to serve as the living, breathing New Vaudeville Band. Collectively, the group declined, but their saxophonist Bob "Pops" Kerr signed on, joining a lineup that featured Harrison, guitarist Mick Wilsher, keyboardist Stan Haywood, trombonist Hugh "Shuggy" Watts, bassists Neil Korner and Chris Eddy, and new vocalist Alan Klein, who performed under the alias Tristram, Seventh Earl of Cricklewood. The band issued its debut album -- titled, naturally, Winchester Cathedral -- in 1967, and though they were one-hit wonders in the States (in spite of their touring success there), they notched two more popular singles in the U.K. that year: the Top Ten "Peek-a-Boo" and the Top 20 "Finchley Central." The latter song became the title track of their second album, released by Fontana toward the end of the year. In 1968, the group played a major role on the film soundtrack The Bliss of Mrs. Blossom, but their novelty was beginning to wear off with the record-buying public. The band retreated to the English cabaret circuit, where they eked out a profitable (if lower-profile) existence for some time to come; they also played Las Vegas on occasion and released U.K.-only singles in 1973 and 1976. With numerous personnel shifts in its declining years, the group finally broke up for good in 1988. Kerr, meanwhile, kept the flame of British eccentricity burning with his own Bob Kerr's Whoopee Band. 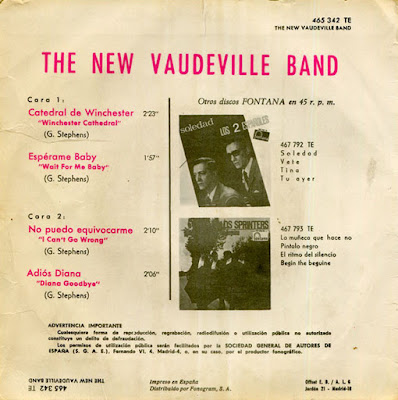