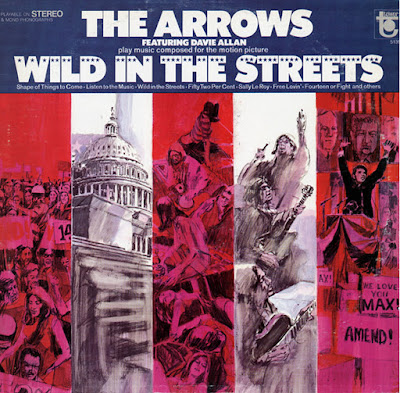 In the late sixties, Davie Allan & The Arrows carved their niche in the musical history books with an array of classic instrumentals and two dozen motion picture soundtracks. The most notable of the movies was Roger Corman's cult classic The Wild Angels plus Devil's Angels, The Glory Stompers (Dennis Hopper) and Born Losers (the film that introduced the character Billy Jack). Some of the other 60's "B" films were Riot On Sunset Strip, Thunder Alley, The Angry Breed, Mary Jane, Teenage Rebellion, Hellcats, Mondo Hollywood, The Wild Racers, Wild in The Streets, The Golden Breed, Skaterdater and The Hard Ride.
1990's film and TV work includes includes Jim Jarmusch's Night On Earth, Roger Corman's Not Like Us and MTV's Road Rules. In 2004, a tune was in an episode of HBO's The Sopranos plus another tune was in Christmas With The Kranks and tunes were featured in Tarantino's Hell Ride and Inglourious Basterds in 2008.
In 1996, they did a 12-city tour of Europe and in 1999 they did a 16-city east coast tour of the United States. In 2004, they played at festivals in New York, Atlanta and Spain plus Halloween in San Francisco. Also, a west coast tour in 2007 plus a tour in Texas in February 2008; the Oneida Casino in Green Bay (Nov '08 and '09) and various venues in '09 and '10 plus the "Guitar Geek Festival" in January 2011 and various dates in 2012. Plus volume #4 of my Retrophonic CD series is in the works for 2013.
In 1994, the critically acclaimed recording Loud, Loose and Savage (Top 10 CD pick ... San Francisco Chronicle, Guitar Player and Bam) brought back the "cycle-delic" sounds of cult legend Davie Allan.
In 1999, they won the "LA Weekly Music Award" for Best Instrumental Band. 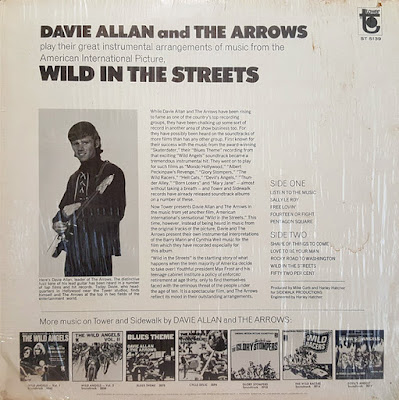