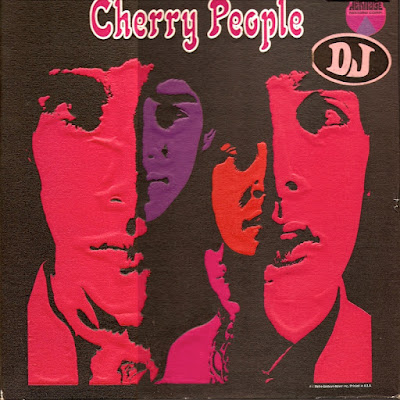 Psychedelic pop - rock band from Washington D.C.
Evoluted from English Setters. Released an album and four singles at Heritage in 1968 - 1969. They self released on more single ("Sea and Me” / “Come on Over”) at Hot Cotton (a division of Tracy Records). After some line-up changes and a new sound direction towards hard rock they broke up in 1975. In 2005 the two Grimes brothers revived the name of the group with a new line-up. 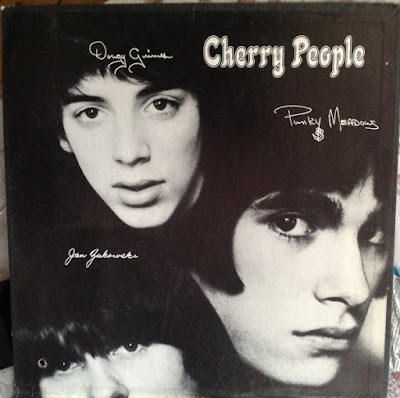 Although best-loved on the UK Northern Soul scene for the track “And Suddenly”, and despite the overtly Psychedelic threads that illuminated their publicity shots, Cherry People were an effervescent five-piece pop band originating in Washington DC. There are no deranged freak-outs to be found here – the bands forte’ was the short, sharp pop song and they were good enough practitioners of the genre to score a US hit with the aforementioned cut in 1968.

Signed by Jerry Ross’s Heritage label, the band appear to have been marketed as a Monkees-style teen sensation and impressed contemporary reviewers with their showmanship, onstage professionalism, and tight live sound.

Like their role models, the individual band members had well-defined ‘personalities’ undoubtedly designed to appeal to as wide an audience cross-section as possible. Doug, fronting the band on lead vocals, harmonica and percussion was destined to be the band’s adventurous heartthrob (“I want to go to the Florida Keys, and go skin-diving for buried treasure.”) Rocky was the poor kid made good (“My drum kit was a couple of tennis racket handles and a garbage can.”) 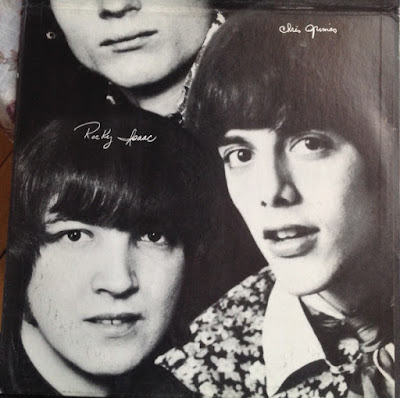 Christopher was the band’s intellectual (“I’ll play guitar and sing. If I can’t get doing that I’ll grow a beard and be a guru.”) Punky was the wacky one (“I love soap operas, man… I’m having a special guitar made with a transistor TV built in so I don’t miss anything.”) Bassist Jan was the adorable wimp (“One day I picked up a seashell and even it wouldn’t talk to me.”)

Yes, there was something for every girl here… and where the girls were, the boys would surely follow! Unfortunately things didn’t work out quite ass well as planned as Cherry People only survived long enough to cut a Solitary Album for Heritage, at Bell Sound in New York, before fading into obscurity.

Kicking off with the hit single “And Suddenly” (HE-801SS), which enjoyed a lengthy eleven week run in the Cashbox charts (Entering at #98 in July 1968 and peaking at #43), that eponymous album (Heritage HTS 35000) is featured in it’s entirety here. Like everything else on this Lp, this carefully crafted little gem clocks in at well under the three-minute mark. the Cherry People were never ones to indulge in excess.

There’s plenty of diversity throughout too. The up tempo “Girl on the Subway” introduces forthright brass and “I’m The One Who Loves You” some striking, spiraling string effects while the appropriatly entitled “Imagination” , with it’s treated vocal, sounds vaguely influenced by English psychedelia of the period. “Do Something to Me” is a Soulful better, displaying yet another side to Cherry People’s multifaceted talents whereas “Don’t Hang Me Up Girl” sounds as though the band might have been giving their Righteous Brothers 45s some serious needle time.

The album close as it began, with insistent, joyous pop in the shape of “Light Of Love” which is an appropriate not on which to conclude this resume of the brief but not inconsequential career of Cherry People. Given the breadth of the styles and influences at work, any fan of 60’s pop music will surely discover something to delight in. 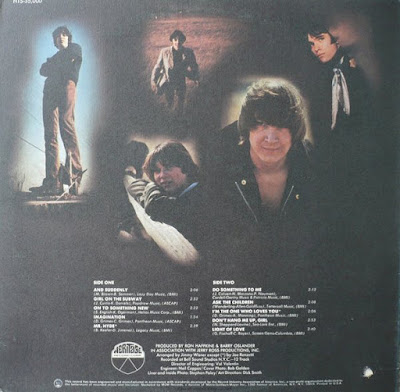