The Rockin' Berries-Life Is Just A Bowl Of Berries 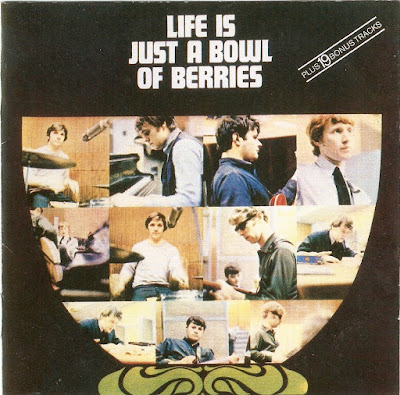 The group decided to push their comic routines to the fore on their second album, with fairly disastrous results. Their use of comedy in their live act may have helped get them work at seaside resorts and cabarets, but it's painfully corny on record. That's what you hear on about half of the album--yuk-yuk run-throughs of hammy novelties like "I Know an Old Lady," "When I'm Cleaning Windows," and "The Laughing Policeman." Interspersed, with all the flavorful consistency of a licorice pizza, are standards like "The Way You Look Tonight" and covers of Goffin-King's soul-ballad "I Need You," the Dixie Cups' "Iko Iko," and Bacharach-David's "My Little Red Book." The non-comedy material is competent but unremarkable, and not as good as the straight rock and pop stuff the Berries did on their first LP, In Town. If you must seek this out, the painless way to do so is on Sequel's two-CD They're in Town, which includes Life Is Just a Bowl in its entirety, surrounded by dozens of other (usually superior) tracks recorded by the band in the 1960s. 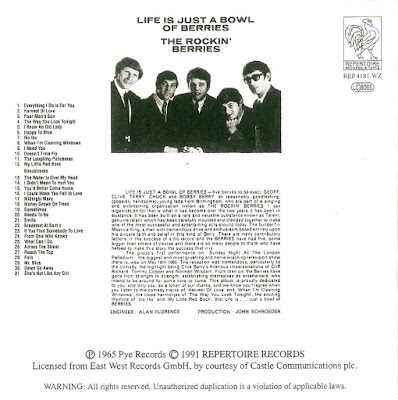