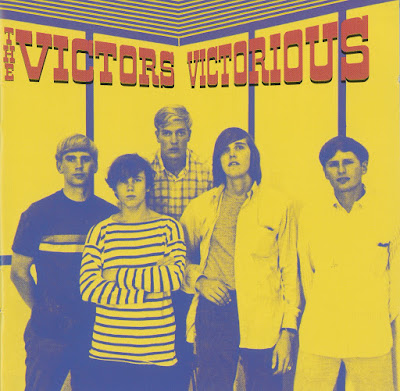 By their own admission, the Victors were an ordinary teenage garage band from Minnetonka, MN; as guitarist Ron Daily puts it, "I don't think we were anything special, it was just a good time in our lives." However, the Victors did have a few brushes with greatness -- the combo ended up backing vocalist Pete Lokken on the fabled teen decadence anthem "Beer Bust Blues" by the Scotsmen, organ player Terry Knutson got to hang out with the Rolling Stones when Mick's boys played a poorly attended gig in Excelsior, MN, on their first U.S. tour in 1964, and two members of the Victors, Jim Kane and Denny Waite, later joined the Litter, one of the greatest Minnesota bands of the 1960s. While the Victors never released a record in their lifetime (except for the "Beer Bust Blues" single), Victorious collects nearly 80 minutes of demos and live tapes the group left behind, and if they aren't exactly revelatory, they are sure a lot of fun. The Victors began life as a landlocked surf band in the manner of fellow Minnesotans the Trashmen, and their takes on stuff like "Death of a Gremmie" and "Shake 'n' Stomp" display an impressive command of cheap reverb. But with time they began tackling R&B and British Invasion material, and while the Victors didn't play "Wallking the Dog," "I Ain't Gonna Eat Out My Heart Anymore," or "Midnight Hour" any better than a dozen other bands of the era, there's a naive and engaging primitive sound to the band that suggests you've walked into a time machine and ended up at a teen dance in the Midwest before LSD came along to spoil everything. The Victors' cover of "You're a Better Man Than I" also suggests they were better informed than the average teenagers of their day, and their misspelled version of "Gloria" is some sort of lost classic. Fans of authentic teenage music will love this. 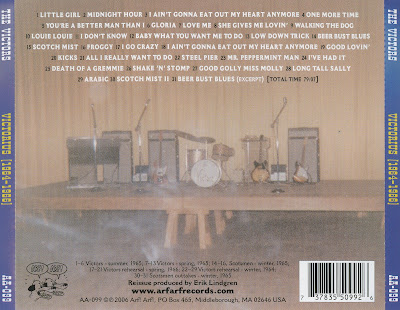 Email ThisBlogThis!Share to TwitterShare to FacebookShare to Pinterest
tags 60's, Garage, Rock, The Victors, US