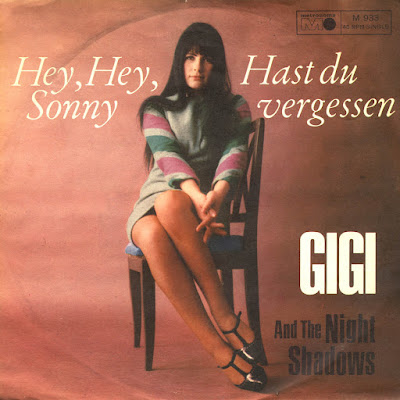 Gigi & the Night Shadows
The quintet "Gigi & the Night Shadows" from Hamburg has recorded two singles. The entertainment band has found a wider audience these days because the recently deceased Cisco Berndt (Truck Stop) played the bass there from 1968 to 1972. The band's figurehead was the singer Helga "Gigi" Weber. Her husband Jürgen Weber played the lead guitar. Drummer Uwe “Jimmy” Beckedorf and rhythm guitarist Günther Timm also belonged to the band.
In 1967 "Gigi & the Night Shadows" recorded the single "Hey, Hey, Sonny" / "Did you forget" on Metronome.
https://www.memoryradio.de/memoryforum/viewtopic.php?f=4&t=5951
Helga "Gigi" Weber should not be confused with Gigi, who published the single "Then went the phone" on CBS in 1966. This is Linda Übelherr, who later became world famous as Linda G. Thompson 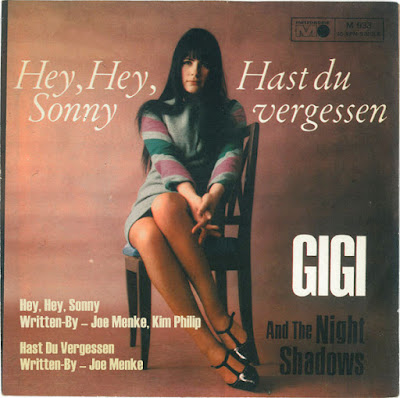