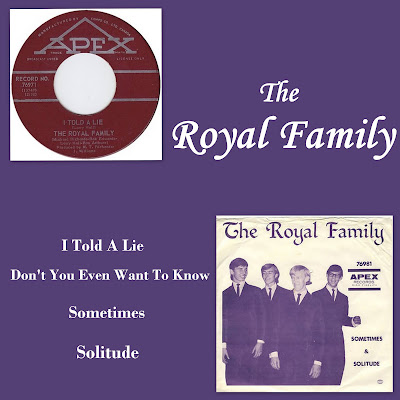 Four-piece band formed in 1965 in Edmonton, Alberta, who released two singles on the Apex label. Original lineup was Larry Hall (drums), Ron Arthurs (bass), Rob Edwards (lead guitar) and Michael Richards (lead vocals and second guitar). After touring and recording for a while it became apparent that Apex was pushing them towards a more pop-sound, something the band members did not wish to do. Three of the band's members, Rob Edwards (guitar), Rumor (Ron) Lukaweitski (bass), and Michael Richards (drums), then decided to split to form Troyka.
http://www.canadianbands.com/Troyka.html
***
Posted by: D&J на 20:25