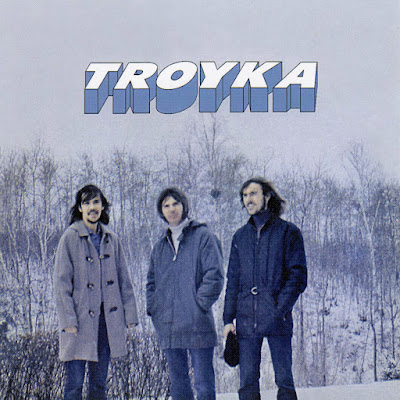 Troyka was arguably Edmonton's first forray into experimentation in the psychadelic rock scene. Guitarist Rob Edwards and bassist Ron Lukawitski were barely teens and starting The Ortegas in the early '60s. A few years later, they added England native guitarist and singer Michael Richards (originally a piano student), and reinvented themselves as The Royal Family, after adding drummer Larry Hall.
They cut a pair of singles for Apex in '65, but "I Told A Lie" b/w "Don't You Even Want To Know," and then "Sometimes" b/w "Solitude" followed suit. Both got decent local airplay, but not nearly what Apex was hoping for. Still, they were quickly becoming one of the most popular groups in Edmonton, and even headlined the Hullaballo-A-Go-Go at the Jubilee Auditorium, and in front of 40,000 people the Calgary Stampede in '66. But label execs weren't thrilled with the band's flirtation with acid rock, so they parted ways when they refused to bow to their whims and play pop.
Deciding their fortunes lay east, they temporarily moved to Montreal, and for the next year or so made waves, playing the Expo 67 Fair and also spending a lot of time in New York. They moved back to Edmonton and Michael Richards took over on drums. Now a threesome, and with Lukawitski coming up with the clever name 'Rumko', they dubbed themselves Troyka (a three horse carriage) in honour of their shared Slavic heritage and started playing the prairies. They coninued to do live shows while recording their material in Richards' home studio his father and band manager had built, Round Sound.
After landing a deal with Cotillion Records, a division of Atlantic, they released their self-titled album early in 1970. Gene Paul (Les Paul's son) engineered the recordings while Shel Kagan (Lou Reed, Velvet Underground) produced it. "Natural" was released as a single, but failed to chart. Other noteable cuts included the frantic pace of "Rolling Down The Back Road," and the band showcased some versatility with the wistful instrumental "Dear Margaret," complete with Spanish guitar tinges.
Still, the band was gaining a reputation for its live show, and things began to take off. They played at Fillmore East (where they were called back for a third encore) and Ungano's in NewYork, opened for Rare Earth in Washington and Blue Cheer in Detroit, and Canned Heat and The Byrds at home in Edmonton. They also did a major tour along the eastern US seaboard, mostly at colleges, with Savoy Brown and Family. They ended the tour in Toronto at Electric Circus with Leslie West and Mountain. Following that show, Edwards dropped a bomb shell when he announced he was leaving.
Before they headed home, they met and hired Bob Styrna as the new guitarist. Later in 1970, they made the trek to LA in the hopes of landing a deal to release a second album. A second trip to LA the following spring came up empty, and by that summer the group had disbanded.
Richards got out of the business all together while finding himself spiritually. He then moved to Vancouver in the mid '70s and appeared on Laurie Styvers' 1972 album, SPILT MILK. He then moved LA a decade later, where he continued to write and record for others. He eventually moved to New Mexico to work for the US postal service.
Edwards and Lukawitski were part of The CKUA ACME Sausage Factory CD release. Edwards appeared on albums by Paul Hann and Spiney Norman's Whoopee Band with Holger Peterson in the '70s, then taught music on the west coast for awhile, releasing a string of independent new and retro albums. In 2001, he joined Katzenjammers with Dennis Ferbey, releasing four albums through to the end of the decade.
Several reissues of the band's only album were made over the years, and they reunited in 2006 for a special, one-off show in Edmonton at the Winspear Centre. 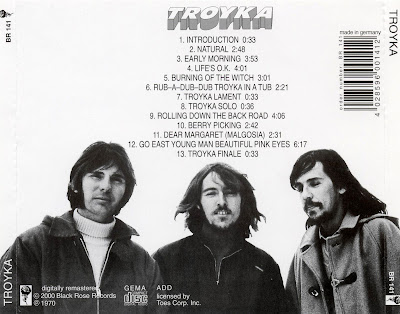