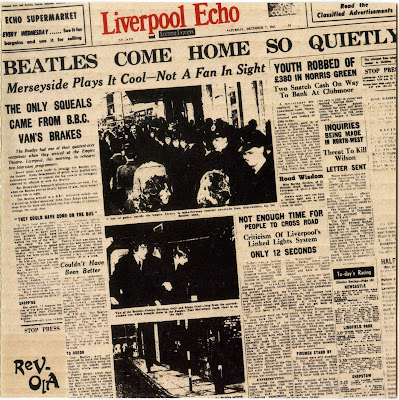 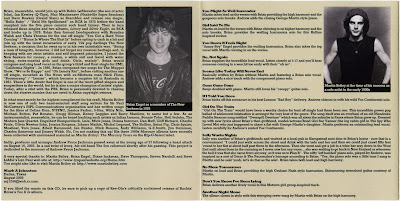 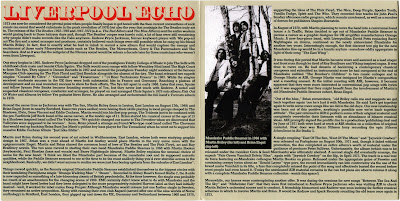 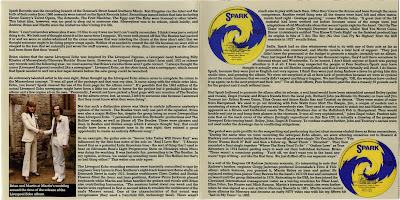 Martin Briley (Guitar,Vocals),
Herbie Flowers (Guitar (Bass)),
Clem Cattini (Drums),
Brian Engel (Guitar (Acoustic,Harmonica,Vocals)),
Nick Robbins (Synthesizer),
Joe Foster (Synthesizer),
Andrew Pryce Jackman (Keyboards)
Power pop has never sounded so powerful! When former Mandrake Paddlesteamer mainstays Brian Engel and Martin Briley convened as Liverpool Echo in 1973, the Beatles had been in the grave for just three years, and the world still desperately wanted them back -- so desperately that, with a band name borrowed bodily from an old Merseybeat-era newspaper, what could any record company do, but lift a "Fabs"-headlined copy of the paper for an album cover? But "Beatles Come Home So Quietly" really wasn't the most appropriate banner for an LP jacket, all the more so since, once you hit the vinyl, the spirit of the "Moptops" hung so heavily over the music that it screamed out for attention. Of course, it was true that any early-'70s band that was capable of melding melody with studio-borne creativity would inevitably be tarred "the new Beatles" (as Badfinger and 10cc would readily testify); it is also true that all such comparisons were then hopelessly devalued by the arrival of the Rutles. But still Liverpool Echo have an uncanny grasp of the Merseybeat sound circa 1963 and 64, spliced with a healthy hint of the Hollies, and that was more than enough to raise high hopes for the album. Unfortunately, hope was all that the record label (Spark) could do. They certainly had no promotion or distribution muscle to speak of, and both band and LP sank within seconds, to lie forgotten until Revola revived it (with excellent Mark A Johnston liner notes) in 2005. ~ Dave Thompson, All Music Guide
1. You Might as Well Surrender2. Girl Said to Me3. You Know It Feels Right4. No Not Again5. Seem Like Today Will Never End6. Gone Gone Gone7. If I Told You Once8. Girl on the Train9. Sally Works Nights10. No More Tomorrows11. Don't You Know I've Been Lying12. Another Night Alone 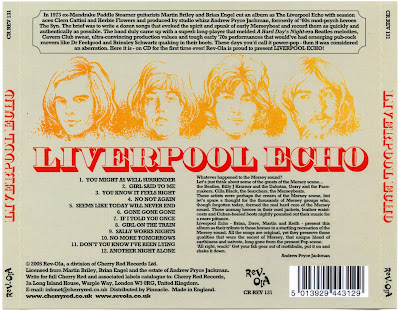