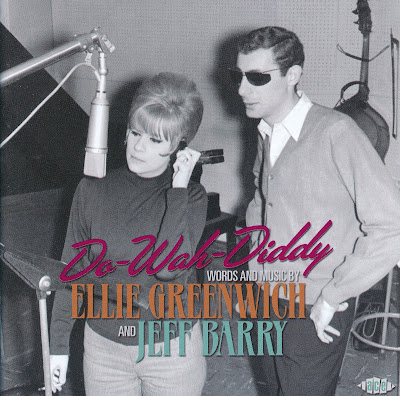 As part of its excellent ongoing series on major American pop/rock songwriters of the 1950s and '60s, Ace presents a couple dozen '60s recordings of tunes penned by Ellie Greenwich and Jeff Barry -- usually working together, though on occasion with others, Barry penning one alone -- on this compilation. Like other anthologies in this series, it's not a best-of, instead being a more collector-oriented cross-section of hits, misses, original versions, and rare versions. That might disappoint some looking for a quick fix of the most well-known covers of Barry-Greenwich songs, as this is missing most of the ones that became big hits, including all of those produced by Phil Spector and most of the ones done by the Shangri-Las. However, for those fans who have most or all of those tracks somewhere in their collection anyway, it's a very nifty selection of fine Brill Building records, more often than not of the classic girl group variety. It's true that the best tracks are the most familiar, all of them medium to big hits: Lesley Gore's "Maybe I Know," the Beach Boys' "I Can Hear Music," the Jelly Beans' "Baby Be Mine," the Butterflys' "Good Night Baby," the Chiffons' "I Have a Boyfriend," the Shangri-Las' superb drama "Out in the Streets," and the Exciters' original version of "Do-Wah-Diddy," soon covered for a chart-topping British Invasion hit by Manfred Mann. But there are some rarities to entertain the collector that are good on their own terms, especially the Darlettes' "Here She Comes," a first-rate vengeful girl group number, and the young Andy Kim's moody 1965 single "I Hear You Say (I Love You)." Even some of the classics presented not-quite-in-their-original versions are cool, like the Summits' 1963 single "Hanky Panky" (the first occasion that song was released on 45) and Nilsson's respectable interpretation of "River Deep -- Mountain High." It's only occasionally that there's a real misfire, like the Majors' "What Have You Been Doin'," which is a blatant rewrite of that doo wop group's only hit "A Wonderful Dream." Otherwise it's a fine trawl through this great songwriting team's less anthologized contributions to the Brill Building sound, with Ace's usual fine liner notes and track-by-track annotation. 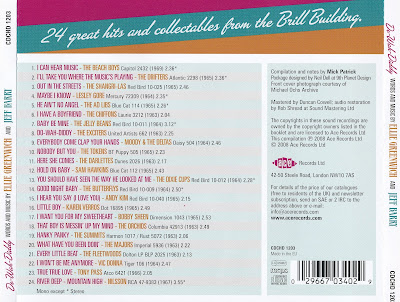