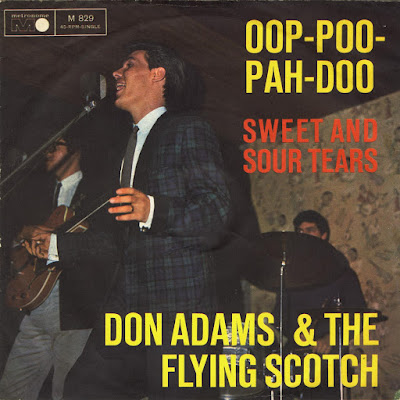 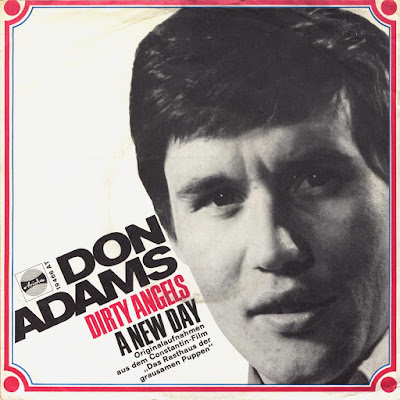 Don Adams became a member of the successful german pop group 'Love Generation' , the group 'Mandrake' and the 'Les Humphries Singers' (Do You Wanna Rock'n Roll).

Adams' voice is tremendous -- a gritty, right on the money soul sound -- completely color blind, and beautifully suited to the funky backings in the set.

Scottish-born singer Don Adams, but recorded in the Munich scene of the late 60s! Despite that overseas origin, though, the record's a sock-solid soul effort all the way through – steeped in modes borrowed from Memphis, but carried off with a slightly different feel, thanks to the presence of a fair bit of jazz musicians on the date! Adams' voice is tremendous – a gritty, right on the money soul sound – completely color blind, and beautifully suited to the funky backings in the set. And almost best of all, the songs are mostly original or obscure numbers – not the sort of re-hashed hits that usually came out on Euro soul sides of the 60s – but killer new tracks that are steeped in a great sense of sadness and loss. 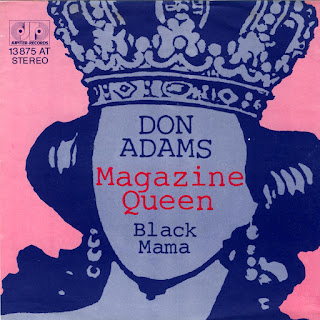 Back then Motown got exported from Detroit and was fused with the best wave and the pop music to become "Mod", a European form of Soul, R&B and Jazz with own parties and dress codes. DON ADAMS met many celebrated musicans in Munich, listened to their music and jammed with the best of them. Performing as a blies and soul singer was his way of striving for relief ! The result is a stunning album of blue-eyed Soul and Jazz music , entitled after the famous 1965 "Watts roits" in the Los Angeles area of the same name, initiated by the Black Power movment as a blueprint of the actions of European and Latin students in the second half of the 60s.

In Munich, Don Adams has been around the black a few times. Born 1942 in Glasgow under the real name Hector Reay MacKay (later: Donald Reay MacKay), he was the youngest of his seven brothers and sisters. The dainty boy soon learned boxing and went to training every evening. Although being a dedicated follower of soulful singers like Otis Redding or Jackie Wilson, his violent temper was dreaded by the whole school. While coming over to Germany in the late 60s as a staff member of the musical production "Hair", he decided to stay in the Bavarian capitol right after the divorce from his first wife Rhonda, and soon started to sing with a local band called "The Mocho's".

While hanging out of the famous jazz club "Domicile", he met sax player Olaf Kuebler, who recently characterized him as a true blues singer with heart and soul: "It was not good to argue with this real Scottish street-fighter, who even became a half-professional boxer in the late 60s. Don joined many spontaneous club sessions and soon got the reputation for being "THE BLACK VOICE FROM MUNICH", also responsible for giving the one or other black eye to the people who did not like his performances. At the time he often sang at Munich's GI-club "Tabarin", the common meeting point for black US-soldiers, who Don and Olaf used to call "the ink heads". At the "Tabarin", DON ADAMS even saved Olaf Kuebler's life on one particular evening, when Olaf was misbehaving again with the typical self-importance of his sax-playing.

With this previously unavailable album, Don Adams payed homage to some of Otis Reddings's most fascinating and diverse musical moments. The outstanding soul ballad "Home Again Hello" was re-recorded in 1972 for inclusion into his second and last artists album "The Black Voice" on the United Artists lable, that could not compete with the high musical quality of the debut LP and remained unnoticed, while a previosly unreleased instrumental version of "Ev'ry Minute, Ev'ry Hour", featuring the trumpet of great Dusko Goykovich, was recently traced in the huge archives of producer Hans Wewerka. 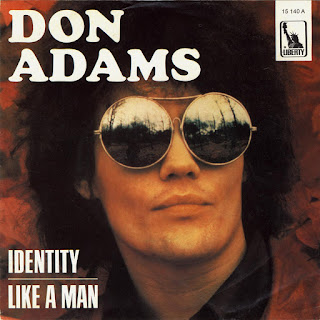 1971 Don became a member of the successful german pop group "LOVE GENERATION" and married his professional collepue "Gitta Walther". After many TV Shows and the reception of awards, their marriage was divorced in 1976 and Don moved on to Hamburg for joining "THE LES HUMPHRIES SINGERS" and performing as a guest singer on an album by Peter Herbolzheimer. But due to his bad habits and the many excesses of the past, Don was not in the best of health anymore. It soon became clear, that he ruined his voice and could not perform as a vocalist anymore. With his second wife Angie MacKay, in 1982 they brought their daughter Jolyne to the world. He finally married in London a polish woman Anna MacKay (with whom he later had two more children: Donald Jr. und Helena), where he died in 1995 suffering from a liver disorder.