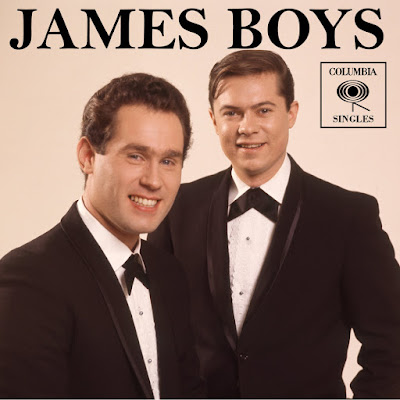 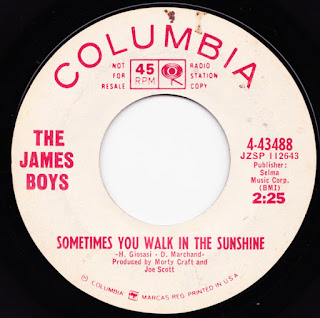 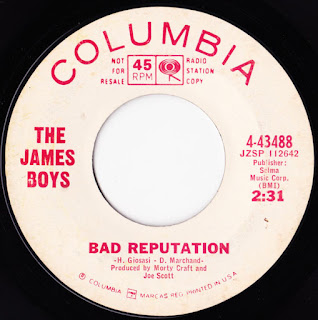 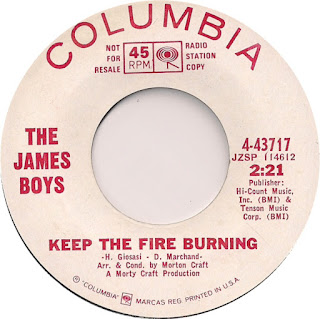 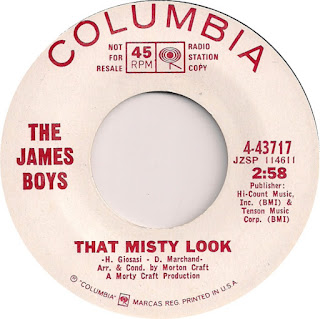 It was first mentioned in the January 22, 1966 edition of Billboard magazine where the A side of this single was predicted to reach the top 60 . The A side was "Hitbound" on WERX Grand Rapids, Michigan on April 4th, 1966, however. The record was independently produced by Morty Craft and Joe Scott, and Morty sold the record to Columbia in a production deal. Billboard reported the group member's names at the time as Donny Marchand and Harry Giosaso (and in a later issue calling him Harry Grosai). However Harry's name was inaccurate. His real name was Aristides Michael "Harry" Giosasi, and in doing research for this video I discovered that he had passed away January 2, 2010. Harry had quite a career in music, discovering the Impalas and co-writing the song Sorry (I Ran All The Way Home) with Artie Zwirn, and he also was half of the singing duo Gino and Gina ("Pretty Baby") with his sister, Irene Robison. The James Boys had one follow up 45 on Columbia, Keep The Fire Burning b/w That Misty Look (Columbia 4-43717) and according to Billboard were signed to Mercury as both artists and writers however they did not release anything on the label. Harry later went on to become a successful restaurateur and remained in that business until his passing. Donny Marchand had at least one single issued on two labels with two B sides (at least one of the labels was Morty Craft's own Craft label), and he now resides in the UK. 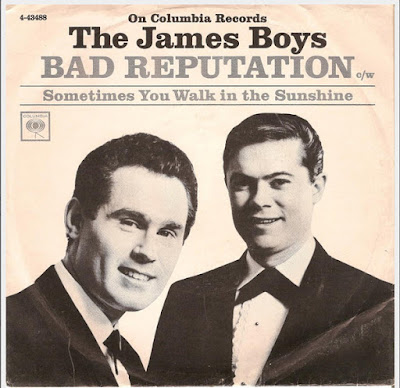