The Tomcats - Running At Shadows The Spanish Recordings 1965-66 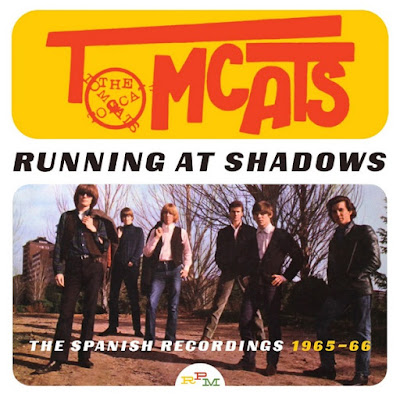 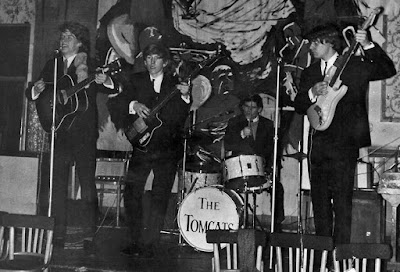 
The Tomcats 1963 Ealing Town Hall West London
Tom, Pete, and Chris were at school listening The Shadows, and they decided they want a band. Alan banded soon later. This is the Beginnings of The Tomcats in east London, hardly influeced by The Shadows, Elvis, Lonnie Donegan, the Everly Brothers, and Eddie Cochran, in early 60s, and later by Chuck Berry and Bo Diddley.

Madrid, 1966
They stayed as The Dreamers for at least a month until Freddie and the Dreamers came out and they thought that they had to change their name and Tom's your dad came up with it: “What about The Tomcats?” and they said “Yeah alright”. In early 1965 they got a load of gear. They were a resident band in Oxford Street and Alex Herbage and Alexis Korner were managing themand they bought thema load of gear on HP: Vox AC50s, a PA system and a guitar etc. Herbage wound up in court and bankrupt because of city fraud and the whole thing collapsed and they took their equipment back. It was the last straw. Tony had just got back from Spain backing Teddy Ray and decided it would be a good idea to go out there again with a band and he put the idea to Tom. They asked to Tom if I would be their singer and wanted a few others like Mickey Holmes and Speedy Keen (29 March 1945 – 12 March 2002) of the Second Thoughts. Basically they wanted to reform the Second Thoughts without Vic the Dog and Pat Campbell-Lyons and have Tom as the singer. Then they got rid of Speedy Keen. Newman on vocals, Duhig on guitar, Field on flute/keyboards, James on bass, and Jackson on drums. they, they all ended up in Spain for just over a year (1965/1966). Basically it was covering what was going on in England – Rolling Stones and Beatles. The Spaniards considered themto be one of their bands, Los Tomcats. And they receorded 4 Ep,16 tracks.They travelled by the north, Barcelona, and Tenerife.They also recorded spanish folk songs, such as "A tu vera" , "Macarenas", "Pena, Penita, Pena", but adapted to rhythm & blues, and beat rythm, with a very nice and original result.Passed a year, they back to London, where few members formed a new famous band: July.~ 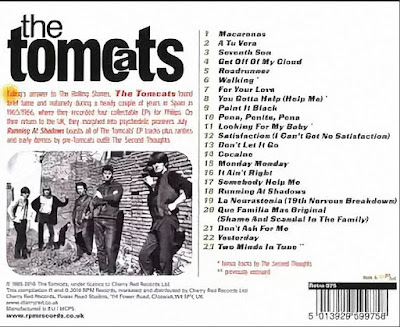