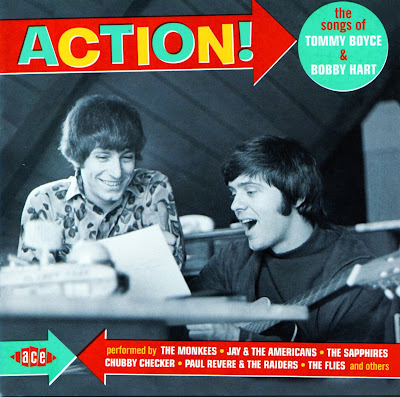 Boyce & Hart, best known as frequent songwriters for the Monkees, were among the more successful West Coast pop/rock composers of the late '60s, also landing some material with other artists and making some records of their own, including the hit "I Wonder What She's Doing Tonight." Only six of these 18 tracks were recorded by the Boyce & Hart duo (another was recorded by Dolenz, Jones, Boyce & Hart). But since Boyce & Hart's principal importance came from their songwriting rather than their performing, this compilation -- which matches the most notable Boyce & Hart recordings with the best and most famous cuts by other artists covering Boyce-Hart compositions -- is the best representative sampling of their most important music. Other than "I Wonder What She's Doing Tonite," Boyce & Hart's own tracks pale next to the cover versions on this disc, which include the Monkees' "Last Train to Clarksville" and "Valleri"; "(I'm Not Your) Stepping Stone" in its pre-Monkees version by Paul Revere & the Raiders; and relatively rare, gritty versions of "Words" (from 1966, by the Boston Tea Party) and "Tomorrow's Gonna Be Another Day" (from 1965, by the Astronauts), both of which would later be done by the Monkees as well. There are also a bunch of hits that Boyce & Hart did not write on their own, or to which only Boyce or only Hart contributed, like Freddie Cannon's "Action," Curtis Lee's "Pretty Little Angel Eyes," Jay & the Americans' "Come a Little Bit Closer," and Little Anthony & the Imperials' "Hurt So Bad." Overall, it's a decent compilation of the best work of a composing team with a knack for the peppy and catchy melodies typical of the form of LA '60s rock known as sunshine pop, although their songs were usually on the lightweight side.

5. Sir Raleigh & The Coupons - Tomorrow's gonna be another day

7. Standells, The - Last train to Clarksville

15. Sapphires, The - Thank you for loving me