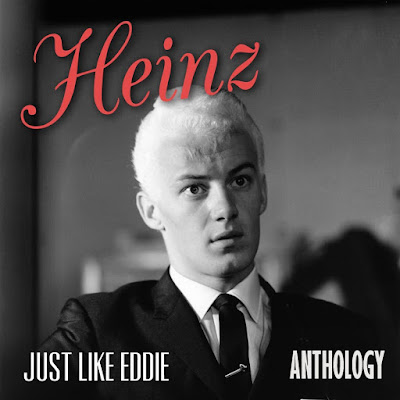 This double-CD set, with 44 songs recorded by the early- to mid- '60s British pop/rock star Heinz, may seem like overkill, but as it turns out, it's not. Heinz, or Heinz Burt as he was known in The Tornados, was not only a prodigious talent, but a highly consistent recording artist. From the first two tracks here, dating from 1962, to the last one -- a live recording of "I Got a Woman" done in 1965 from the Cavern Club -- the recordings are exciting and interesting, and memorable. Heinz' producer on these sides was the legendary Joe Meek, and his signature attributes -- flashy keyboards and guitar, all very compressed -- can be found on much of it, but unlike a lot of other extended bodies of Meek's recordings, this body of music is highly listenable, track after track. Heinz was a better singer than he usually got credit for being, and he cut superb versions of "Summertime Blues" and "Twenty Flight Rock," and was just as good doing songs that came out of Meek's stable of composers, including Geoff Goddard's "Hush-a-Bye," and his singing makes even lackluster songs such as "(Sorry) I Ran All the Way Home" more interesting than they should be. The annotation is also extremely thorough, not just concerning the songs but also Heinz's career, which was, sadly, cut short by illness in the 1990s. ~ Bruce Eder, All Music Guide 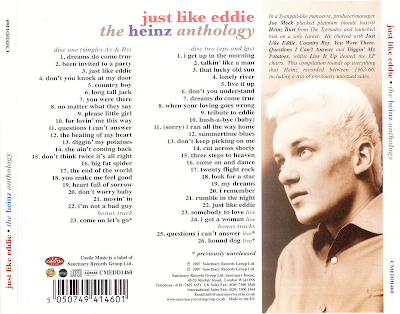