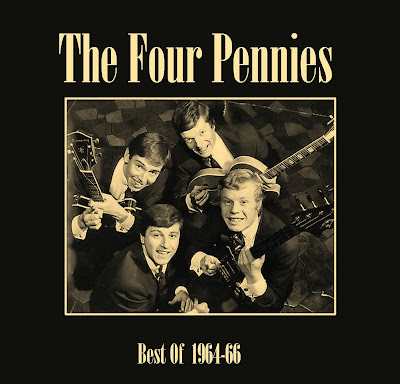 The Four Pennies started out as the Lionel Morton Four, taking their name from their singer, who had served as a choir boy in a cathedral in his hometown of Blackburn, Lancashire, England, during his youth. The band — not to be confused with the stateside recording artists of the same name — also included Stoke-on-Trent native Mike Wilsh on piano, Oldham's Fritz Fryer on lead guitar, and Alan Buck of Brierfield on drums. Morton, in addition to singing, played the rhythm guitar. Buck, before coming to the group, had belonged to groups led by Joe Brown and Johnny Kidd. The band found their greatest success with ballads like "Juliet," which knocked the Searchers... Read More...
Line-up:
Lionel Morton (lead vocals, rhythm guitar),
Fritz Fryer (vocals, guitar),
Mike Wilsh (vocals, bass) and Alan Buck (drums).

After the group disbanded, Lionel Morton maintained a public profile of sorts (at least for a while) by marrying actress Julia Foster, by presenting the BBC children's TV show Playschool and by performing in local productions of musicals such as Hair, Owl and the Pussycat, Jesus Christ Superstar and West Side Story. Despite all this, I don't think the name Lionel Morton would register with many people these days.
People think of the Four Pennies as a one-hit wonder. With six hits, four of which made the UK top twenty, they were more than that, so if you are a committed fan of sixties music, give them a listen. But if you only want Juliet, that song appears regularly on British various artist compilations of sixties music.
The Four Pennies -  Best Of
Rock In Box Series – 23. ‎– RIB 023
Hungary 1995
https://www.discogs.com/Four-Pennies-Best-Of-Four-Pennies/release/10471979
https://www.kaleidoscope-music.de/catalog/product_info.php/products_id/6619 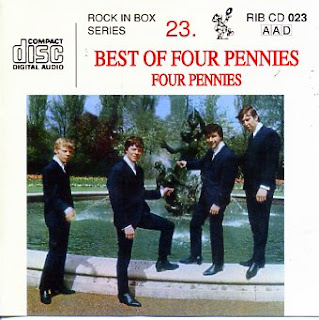 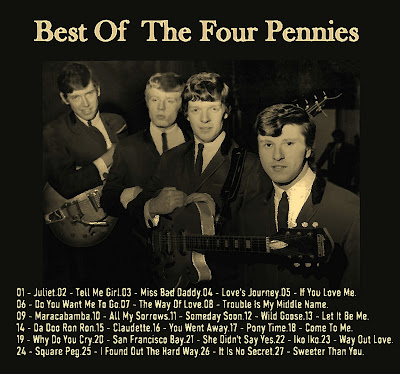