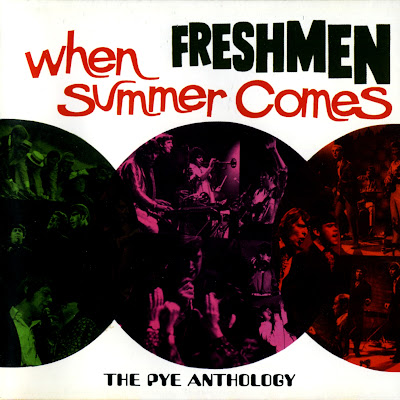 The Freshmen -  When Summer Comes: The Pye Anthology

This CD assembles the complete recordings from 1965 through 1969 by the Freshmen, their music freely mixing the sounds of (and often encompassing the songs of) the Beach Boys, Sam & Dave, Jay & the Americans, and the Beatles. The music is well played and sung, and a lot of fun, and some of it is given enough of a fresh twist to make it worth owning -- their versions of "The Little Girl I Once Knew" and "Cara Mia" are rather endearing, even if they don't quite soar to the same heights as the originals. The group had a prodigious reputation in Ireland and not only got to record a string of singles but also an LP, all of which are represented here. The sound is excellent and the annotation is extremely thorough, delving not only into the group's history but also into a 1960s Irish music scene that isn't too well known among Americans or even contemporary Britons. 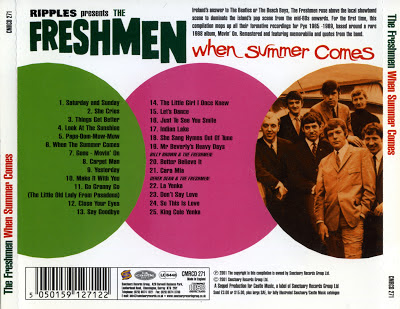