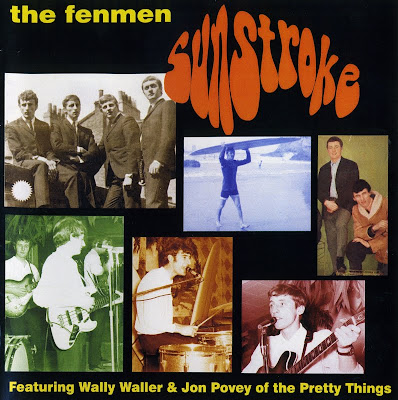 
The Fenmen made just four rare singles under their own name in 1964-1966, but were notable players in the British Invasion on a couple of counts. At the beginning of their recording career, they operated as the backup group in Bern Elliot & the Fenmen, who had U.K. hits in 1963 and 1964 with covers of "Money" and "New Orleans." Not long after their final single, two of their members became key components of the psychedelic lineup of the Pretty Things. Their meager recording legacy as a self-contained outfit shows them to be a good vocal harmony group strongly influenced by American stars the Four Seasons and the Beach Boys, though they didn't start to record original material until shortly before they broke up. 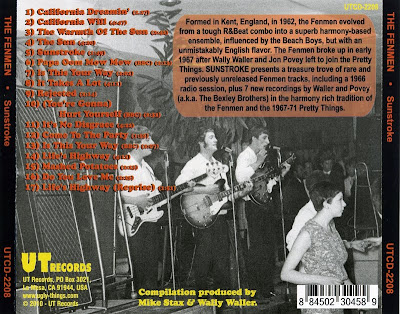 The Fenmen are known mostly for backing Bern Elliot, who had a couple of hits in the U.K. near the beginning of the British Invasion, and for two of their members (Wally Waller and Jon Povey) joining the Pretty Things as that group evolved into a psychedelic outfit. The Fenmen did do some recording on their own in the mid-'60s, however, and this CD compiles some of their most worthwhile odds and ends, as well as seven 2009 recordings done by Waller and Povey especially for this project. The ten '60s tracks on this 17-song CD are naturally the ones that will attract the most interest, including three from rare 1966 singles; three from a June 28, 1966 BBC radio session; two January 1965 studio outtakes; and two from a March 1963 acetate backing Elliot. Those checking out this compilation because of the Pretty Things connection might be surprised to find the Fenmen a quite poppy and vocal harmony-oriented outfit, influenced by the Beach Boys and the Four Seasons at least as much as British Invasion groups. Covers of the Beach Boys' "The Warmth of the Sun," and "California Dreamin'" make those influences obvious. But they're put to more impressive effect on the 1966 Waller-composed single "Rejected," an intricate and moody number that's by far the best recording the Fenmen managed on their own. Though the 1963 demo acetate covers of "Mashed Potatoes" and "Do You Love Me" by Bern Elliot & the Fenmen suffer from rough sound quality, they're exuberantly and surprisingly infectious versions of these oft-covered American soul-rock classics. The seven new recordings undertaken by Waller and Povey for this CD have a gentler, folkier, and more nostalgic tone than the '60s material, and include a reworking of the first song Waller wrote with the Pretty Things' Phil May, "The Sun" (which appeared on the Pretties' 1967 album Emotions). The package includes extensive track-by-track notes by Waller and Povey, along with numerous vintage pictures.