"During the sixties Adelaide had a thriving music scene. Once used inner city basements and cellars became dark, hot, noisy and smoky clubs and discos. Venues like Alan Hale's Beat Basement, The Scene, Alex Innocenti's The Cellar and Jim Popoff's Big dadd's filled with teen-agers to hear discs spun by local DJs and local groups pounding out R&​B and hits of the day. Bands like the Masters Apprentices, Blues Rags'n Hollers, Southern Gentlemen, Dust'n Ashes, Blues Syndicate, The Vikings/​Why 4, The Others, Sounds Of Silence, The Bentbeaks, The Third Party, The Chosen Few, The Harts, Syssys, The Hergs, D-Coys, Inkase, James Taylor Move, The Bucket, Five Sided Circle and many others made their presence felt.Some were lucky enough to release one or maybe two 45s at best, however the emergence of a number of independant recording facilities enables many more to record demos and tracks to mime to on local TV music shows like Action or In Time. This is what we have here, hidden away for over 40 years, the fruits of that youthful energy hopefully getting some recognition, not afforded them at the time.'' 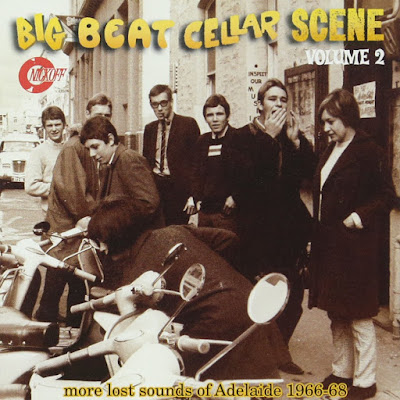 "It took 7 years since the first volume of this big cellar beat scene series started so finally in 2016 we get edition two, all tracks where recorded between 1966 through 1968, most tracks here are all covers and big ones of the time and some not so big, my favorite cover is five sided circles take of the whos 1966 run run run as it is even rougher then the whos version, real r&b as well as garage rock sound here and as stated you get mostly covers of THE WHO, THE KINKS, STATUS QUO, ARTHUR BROWN VANILLA FUDGE as well as others, this cd is not easy to get and i am sure it is pretty limited, it comes with a very nice booklet with info and photos on all artists on this second volume and i feel this is a must for mid 60s r&b and freak beat fans!!!" 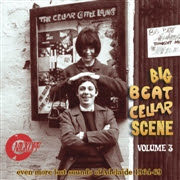 'EVEN MORE LOST SOUNDS OF ADELAIDE 1964-69' - Before the passing of Nick Giannakakos (man behind the label and compiler of this series) in 2017, he left the nearly completed third volume with a trusted friend and asked him if he would finish the volume and release it. That's been done and Blank Records is handling the manufacture and distribution. The CD features 31 tracks of rare, barely heard or completely unreleased tracks from the city of churches, Adelaide. Includes 16 page booklet with many previously unpublished pictures,rare ephemera and liner notes.