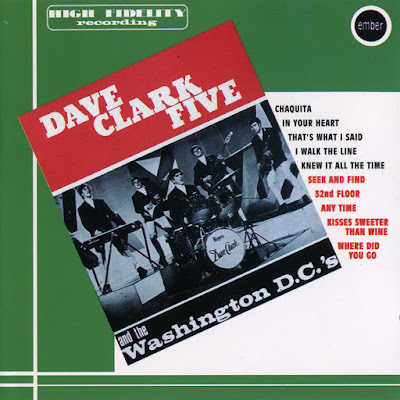 A rather strange reissue, this compiles both sides of all three of the rare singles that the DC5 put out in the U.K. in 1961-1963 on the small Ember label before joining Columbia.  On this CD, these tracks are combined with 17 songs by the unknown British band the Washington D.C.'s, who happened to share an album with the Dave Clark Five on an exploitative Ember reissue after "Glad All Over" became a hit. 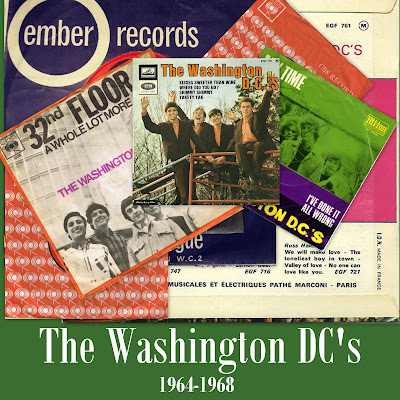 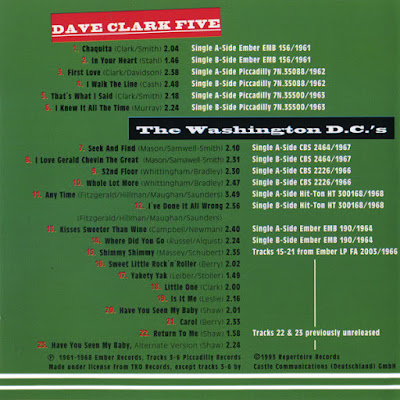 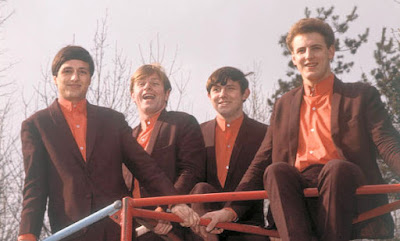 British Invasion band who never came close to a hit on either side of the Atlantic, the Washington D.C.'s' height of exposure occurred when their material was used to fill out an exploitative reissue of pre-"Glad All Over" Dave Clark Five singles. One of the countless British bands slogging around on support bills and German clubs, their early material was typical Merseybeat-ish covers of early American rock tunes. They recorded a couple of British pop/rock singles in 1966 and 1967 -- "32nd Floor" and "Seek and Find" -- the latter of which was produced by ex-Yardbird Paul Samwell Smith and featured John Paul Jones on bass. 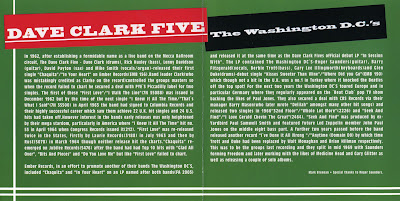 There was no real connection between the two bands except that they shared the same label (Ember Records) in their early days. After the Dave Clark Five started to hit the charts high Ember Records used them as a lure to promote the Wahington DC's and released the "Dave Clark Five with The Washington DC's" album. It contains only two songs of the DC5 but eight tracks of The Wahington DC's, who had prior to this release a number 1 hit in Turkey with "Kisses Sweeter Than Wine",

but failed to make the charts in England. The LP didn't make any impact too and very little was heard of the group over the next two years. They then got a record deal with CBS and reappear on the scene in '66 with the excellent "32nd Floor" 7-inch, followed by the even superior "Seek And Find" single. Again success eluded them and as a consequence the band headed to the continent where they were seemingly better recognized than in their homeland. The end of '68 saw the release of their final 45, the cool Mod/Freakbeat "I've Done It All Wrong/Anytime". Not long after the group finally split.

The CD-only release on Repertoire (Repertoire REP 4314-WY / 1993) contains the first three DC5 singles, white-bread early '60s Pop if you ask me. More interesting is the tracklist of the Washington DC's (17 tracks in total) that contains their whole output plus 2 unreleased songs. 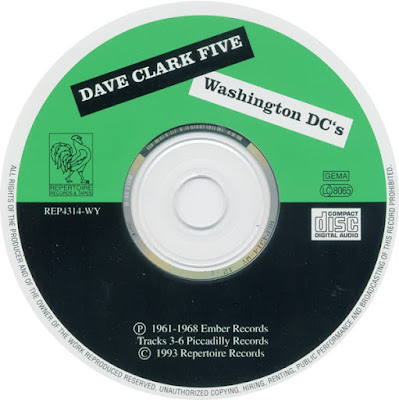 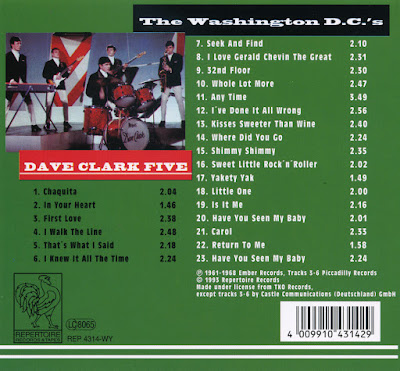