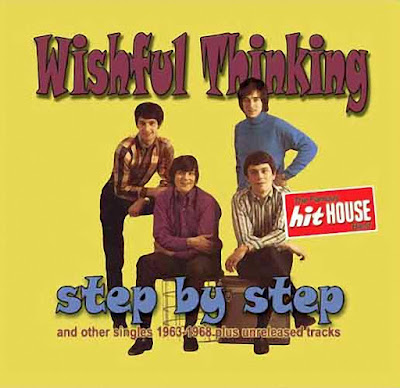 Wishful Thinking who started their recording career as the Emeralds recorded a few singles during 1964-65, but it wasn’t until a change of name to Wishful Thinking and a few line-up channges that the band really made any significant impression.
Playing a kind of music in the same vein as their contemporaries The Tremeloes with a marked use of falsetto vocals, the band recorded a string of great singles for Decca during 1966-68.

They never had a really big hit in their native England, but they were quite big in some European countries like Denmark and Germany, where they had big hits with “Step by Step” ( a minor hit in England ), “Count ot Ten” and “Peanuts”.

Unfortunately the band was never given the opportunity to record a full studio-album in the 1960’s, which is really a big shame, since great single tracks like “V.I.P”, “Turning Around”, “Cherry, Cherry”, “Meet the Sun”, “Hang Around Girl”, “Looking Around” and “I Want You Girl” show a band as great as many other bands of their era, and at any rate a much more interesting band as the aforementioned Tremeloes. Moreover they wrote some fine originals and the previously unreleased tracks “Walk Away Renée”, “We Can Swing Together” and “Hush” are really great addition to their limited recorded output.

The band actually did release a live album for Decca in 1967 and they also released a studio album “Hiroshima” in 1971, which showed a more progressive side of the band.

Tthis is a compilation of early singles from WISHFUL THINKING, the first 6 of them were released under the name THE EMERALDS.
CD includes 8 previously unreleased bonustracks. 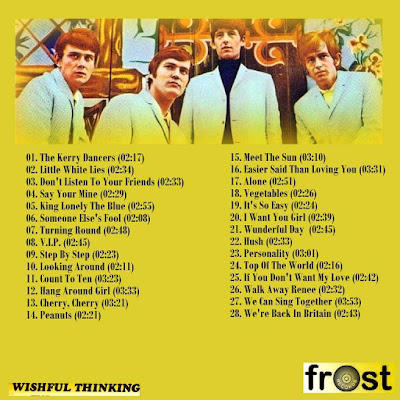