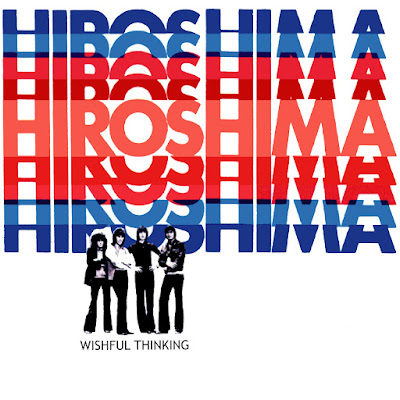 Wishful Thinking is one of those bands prized by obscurantist pop collectors apparently due mostly to the obscurity surrounding the band. There are several websites that detail the group's torturous history in surprising depth, but here's the short version: Wishful Thinking were an obscure R&B-pop combo that released two singles in 1966 with original singer Roy Daniels and then a handful of singles and an album of cover versions, Live, Vol. 1, in 1967 and 1968 with new singer Kevin Scott. Another lineup revision brought in bassist and co-lead singer Tony Collier and the band was signed to the U.K. indie B&C Records, which would later transform into the far better-known prog label Charisma Records. Producer Lou Reizner (later responsible for the freakishly over the top travesty All This and World War II) tapped another B&C artist, singer/songwriter Dave Morgan (who had written a couple songs for the Move and was a late-era member of the Electric Light Orchestra), to write an album's worth of songs and the result was 1971's Hiroshima. A flop upon its first release, the album later got an unexpected second wind when the single "Hiroshima" was reissued in Germany in 1976 and became a national hit, causing the band to briefly re-form for a pair of unsuccessful follow-ups. In the meantime, Wishful Thinking had landed a song on the soundtrack to Ringo Starr and David Essex's 1973 film That'll Be the Day. Later, Scott joined the final incarnation of the New Seekers under his real name, Danny Finn. So Wishful Thinking was tangentially connected to enough big names and cult figures in British pop music to make Hiroshima an object of interest to the hardcore record nerd, but overlooked in this collector's frenzy is the fact that most of this album is rather dreadful. "Hiroshima" itself is an appealing prog-lite pop single matching Reizner's dramatic production style, Morgan's portentous lyrics, and Collier's slightly weedy voice into a suitably apocalyptic song pitched somewhere between Odessa-era Bee Gees and Barclay James Harvest. It's a nice little prog rock nugget worthy of inclusion on any mixtape or compilation CD of obscurities in the style, but the other ten songs on Hiroshima, with the possible exception of the amusingly fretful "United States of Europe '79," are uniformly bland pop songs given too-sweet production. Collectors who simply must own the single are better advised to locate one of the several '70s-vintage 45 rpm reissues, or perhaps one of the unauthorized CD bootlegs of the album floating around the prog underground; paying top-dollar prices for the album itself is bound to disappoint all but the most undiscerning "rarity equals quality" folks. 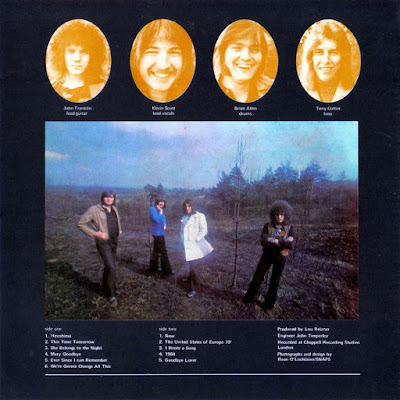 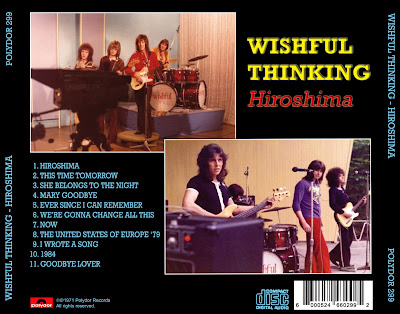