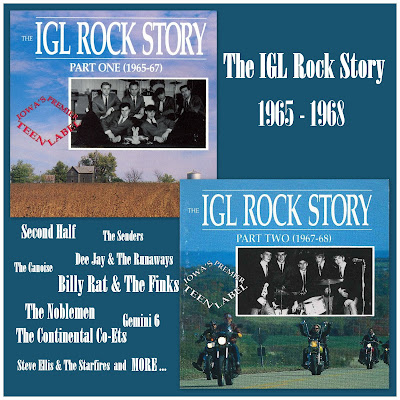 IGL is an acronym for the Iowa Great Lakes Recording Studio, the first one in that state. When the studio/record label scored big with Dee Jay and the Runaways' "Peter Rabbit" (included here along with other early tracks by the group) after leasing it to a major label, the bands came from all over the state and beyond, hoping lightning would strike for them too. On this sumptuous collection of 31 tracks we hear the first fruits of such studio recordings, capturing the more notable bands from 1965 to 1967. The IGL studio had a crude, echoey sound that made drums sound enormous and vocals reverberate all over the place, but as a scrapbook of the studio's early days and Iowa's mid-'60s output, this collection is invaluable. 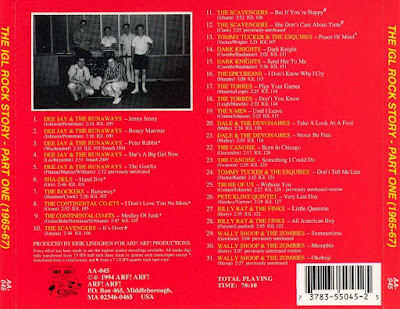 Like the previous collection, this zeroes in on 31 slices of local talent recorded between 1967 and 1968 at Iowa's first recording studio. The Iowa Great Lakes Recording Studio (IGL) was a local label and these 31 tracks showcase bands from all over the state and beyond, playing their wares and hoping for a hit. The move toward folk-rock and the emerging psychedelic sound is well in evidence on this collection. While bands like Steve Ellis and the Starfires, Yetti Blues Band, the Noblemen, the Berries, the Senders, and the Dynamic Dischords may not mean a whole lot outside of their local status back in the day, this volume captures a moment in time that will only come this way again through nostalgic exercises. 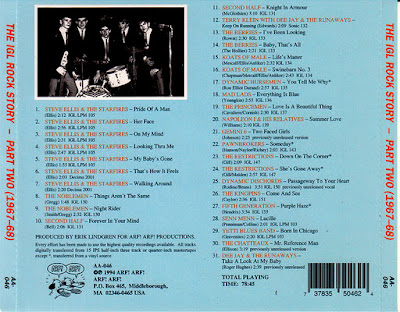