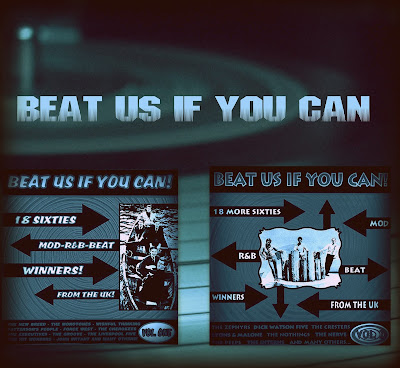 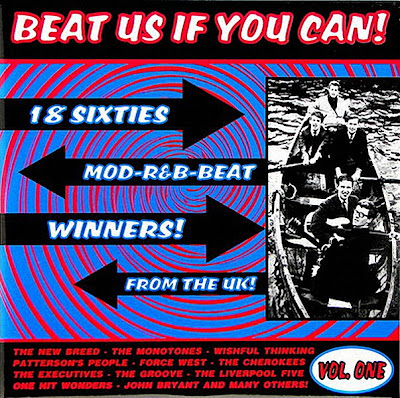 Eighteen rare mod/R&B/beat cuts from the 1960s are on this LP, most from the U.K. and a little more than half previously unavailable on any reissue compilation, though (despite what the title says) a couple are actually from Australia. Not a single one of these artists is well known with the exception of Heinz, though the Liverpool Five and the Beatstalkers might be reasonably familiar to hardcore British Invasion collectors. While this stuff is undeniably off the beaten track, truthfully most of it's on the forgettable and formulaic side. At least there's some variety within the framework, the selections ranging from innocuous Merseybeat to power-chording mod and borderline heavy psychedelia. And there are a few standouts here and there, the best by far being Force West's "Talkin' About Our Love," which could be the best early Hollies imitation bar none. the Liverpool Five's "Piccadilly Line" is fairly solid British Invasion soul-R&B; John Bryant's "Tell Me What You See" (from Australia) is reasonable, earnest, gritty folk-rock; Tony Ritchie's "Anyone at the Party Seen Jenny" is oddball bossa nova rock; the Beatstalkers' "You Better Get a Hold On" is fair Scottish soul-rock; and Heinz's "Movin' In" is actually superbly raunchy with phenomenal fiery guitar, though it's been reissued on numerous other Heinz-only anthologies. All this would make for a decent EP, but as a whole the LP's only for British Invasion specialists.
~ by Richie Unterberger 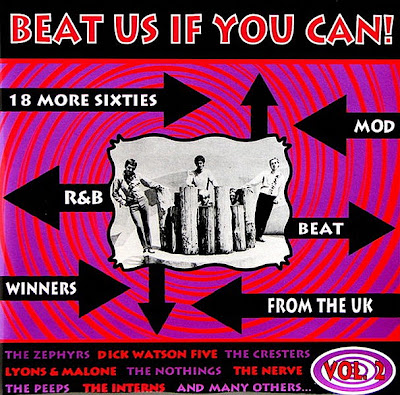 Like the first volume of this series, this has rare non-hits of the 1960s British Invasion that aren't even easily found on other compilations dedicated to that theme. Not all rarities are lost gems, though, and while the 18 tracks on this LP are generally OK, they're more amiable than they are remarkable. There are quite a few fairly nondescript mod rock-ish items here, most by groups that are unknown even to many major British Invasion fans, though the Downliners Sect, Zephyrs, Beatstalkers, and Dave Davani Four will ring some bells with serious collectors. The Zephyrs' "There's Something About You" and the Nothings' "At Times Like This" are reasonably catchy items (though the Nothings must qualify as one of the least-likely-to-succeed band names in all of '60s rock), but neither are exactly lost classics. In fact, the standout track is the Dave Davani Four's "Top of the Pops," a super-cool slice of instrumental jazzy organ R&B, even if it's not too typical of the British Invasion sound. All credit to the compilers for selecting material that's not apt to duplicate other items in the collections of the fans likely to buy something like this, but even for such fans, it's more likely to be something to be filed away for safekeeping rather than played repeatedly for pleasure.
~ by Richie Unterberger