The Liverbirds - From Merseyside To Hamburg; The Complete Star-Club 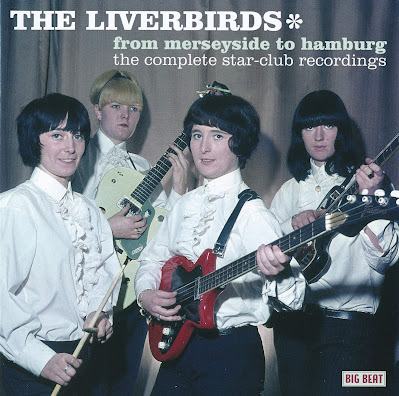 The Liverbirds (sometimes spelled Liver Birds) were one of the more distinctive outfits in Liverpool (and anywhere else, for that matter) by virtue of the fact that they were a hard-rocking all-girl group, self-contained instrumentally and focused on rhythm & blues. They weren't too successful musically in Liverpool, but in 1963 they went to Hamburg, where they became one of the most popular acts ever to play the Star-Club. Irene Green (vocals), Sheila McGlory (guitar, vocals), Mary McGlory (bass, vocals), Pamela Birch (guitar, vocals), Valerie Gell (guitar, vocals), and Sylvia Saunders (drums) got together in early 1962 under the name the Debutones, before changing it to the more city-specific Liverbirds. Irene Green left to join Tiffany's Dimensions, while Sheila McGlory jumped to the Demoiselles and, reduced to a quartet, the Liverbirds became a major attraction at the Star-Club, cutting two LPs for the label of that name and charting a number five single in Germany with their cover of "Diddley Daddy." They were startling to look at in an era when girl singers were supposed to be pretty on-stage, four tough-looking northern girls dressed in black and playing their instruments with attitude -- they cut a savage version of Bo Diddley's "Mona" and could rip through most any rock & roll standard, but when their record company had them throw on a soft Everly Brothers-type ballad or two, it sounded more like a joke; these girls couldn't harmonize to save their lives, but they rocked their asses off. What's more, they lasted all the way to 1967, primarily playing in Germany, where several of the members settled permanently.

From Merseyside To Hamburg; The Complete Star-Club 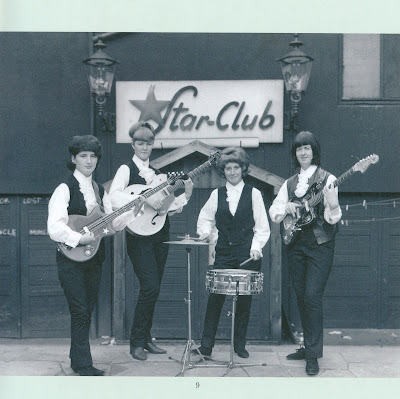 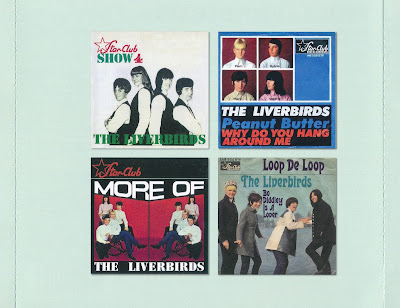 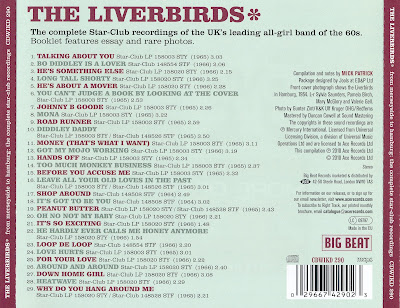 Thanks a lot Cor !