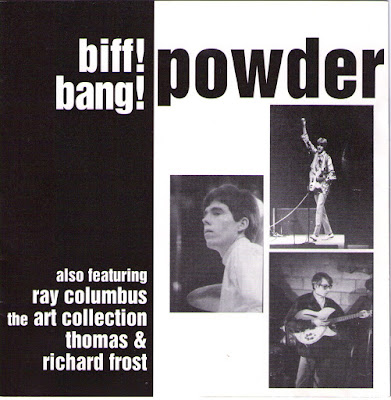 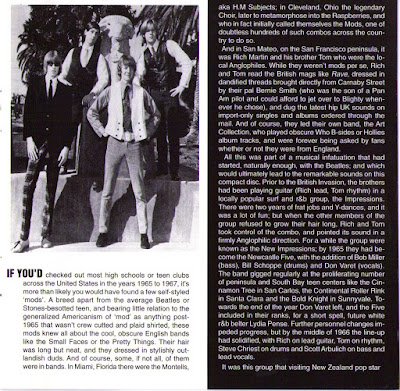 One of the many fine '60s groups who barely got to record, let alone reach a wide audience, Powder was one of the most Anglophile American bands of the decade. Hailing from San Mateo, CA (near San Francisco), the group stood apart from their peers in that they were neither psychedelic nor garage, specializing in power pop with ringing, crashing guitars and harmonies. Most of their material was extremely reminiscent of the Who circa A Quick One and The Who Sell Out, and while it was undoubtedly derivative, it was also well done. Sonny & Cher tried to help Powder get an album out after the group backed them on a 1968 tour, but it was shelved, although a lot of material was recorded. Powder leaders Tom and Rich Frost released some records on their own, including the minor hit "She's Got Love," and an album of unreleased Powder material was finally released in 1993. 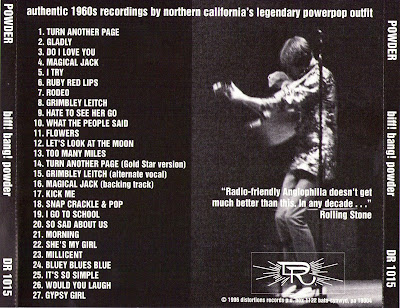 Comprised mostly of 1968 demos, you could be forgiven for thinking you'd stumbled into a room of Who outtakes (with an occasional detour into folk-rock), with strong (at times blatant) echoes of tracks like "Happy Jack" and "So Sad About Us." Nonetheless, it's fun stuff, and the strongest original tracks, like "Turn Another Page" and "Gladly," stand up well on their own. Originally issued on vinyl in 1993, the 27-track 1996 CD version is about twice as long, adding a few alternate versions, and songs predating and postdating Powder from the Art Collection (which Powder evolved from), New Zealand singer Ray Columbus (whom Art Collection backed briefly), and folky post-Powder efforts from Thomas & Richard Frost (the leaders of Powder).