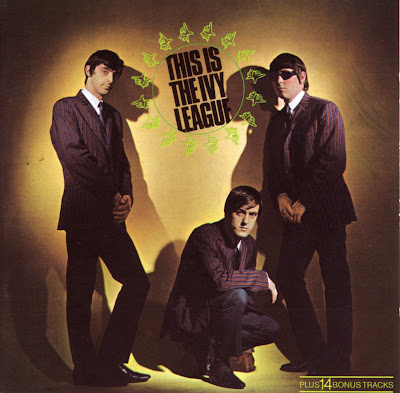 Although an initial single quickly disappeared from sight, their second single, "Funny How Love Can Be," turned out to be a surprise U.K. Top Ten hit. Further hits followed, including "That's Why I'm Crying" and a cover of "Tossin' And Turnin'," the latter of which hit number three on the U.K. charts. The original trio managed to only release a single full-length album, 1965's This Is the Ivy League, before both Carter and Lewis left the group a year later. With replacement members Tony Burrows and Neil Landon taking the recently departed original members' places, the Ivy League issued two more full-lengths, 1967's Sounds of the Ivy League and 1969's Tomorrow Is Another Day. They scored another minor hit, "Willow Tree," before changing their name to the Flowerpot Men. In the '80s, fans of the group were confused by a band going by the name of the Ivy League which performed the group's hits at nightclubs, even though none of the group's earlier members were involved. During the '90s, several best-of compilations surfaced, including 1998's 43-track Major League: the Collectors' Ivy League. 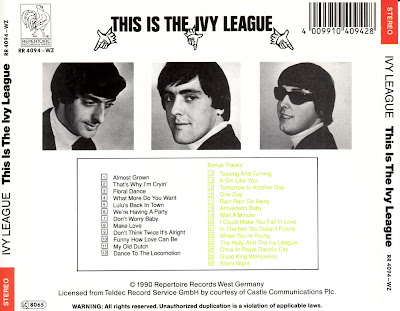