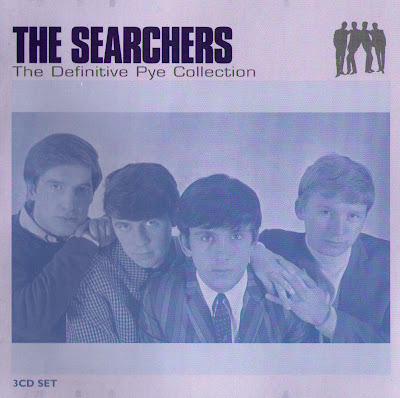 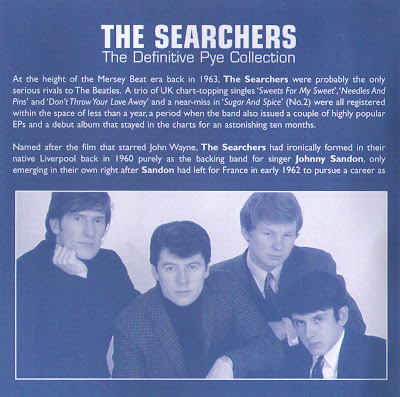 It used to be, with reissues of the Searchers' classic Pye Records sides, that the challenge was getting them to sound good. Since 20-bit and 24-bit remastering have become the norm, however, the only challenge for Sanctuary Records (or the Sequel and Castle Records imprints) seems to be how inexpensive they can make the group's U.K. CDs, and also how many different reissues and compilations they can get out on the group's Pye Records library of around 100 songs -- after all, this three-CD set is at least the second triple-decker career survey of the group put out by the label since the 1980s. And the Liverpool-based band is threatening to pass the Who in terms of the sheer number of reissues and compilations of their work, which is amazing when you consider that the Searchers last charted a single about 38 years previously -- to be sure, they've been adding many good and some great songs to their catalog in the decades since, but no hits as such. 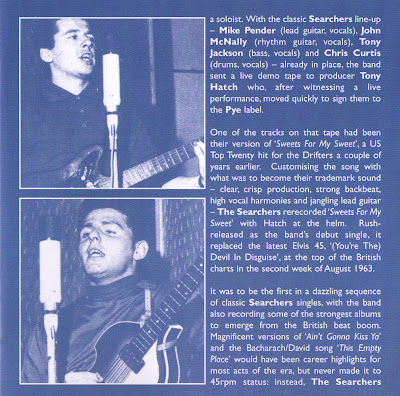 This set is nicely comprehensive at 75 songs, limited as it is to finished masters and official releases -- there are no vault finds here such as the Iron Door Sessions tracks or live radio recordings, just singles, B-sides, EP tracks, and LP tracks covering four years in their history, all sounding excellent and in stereo wherever they were mastered that way. 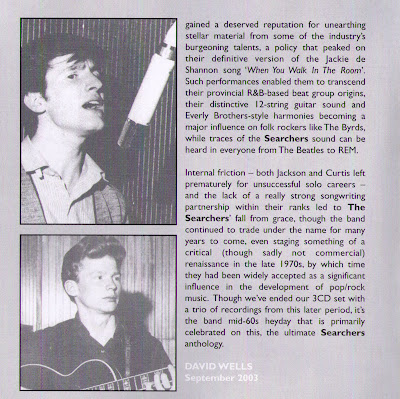 In effect, this is a more expansive companion (or alternative) to the 2003-released 40th Anniversary double-CD set, with more attention paid to the overview than to the placement of individual songs -- thus, there are 11 songs between "Sweets for My Sweet" and "Sugar and Spice," with "Love Potion No. 9" (a hit in the U.S. but nowhere else) in between, and ten more tracks to "Needles and Pins." But along the way, in addition to such oft-anthologized cuts as "Don't Cha Know" and "Hungry for Love," the producers have included their harder sides like "Some Other Guy," "Bye Bye Johnny," and "Twist and Shout," as well as their almost premature venture into folk-rock with "All My Sorrows," and the second and third discs are filled with their better ventures into soul ("I'll Be Doggone," etc.) and more advanced pop/rock amid the obligatory singles. Few stones have been left unturned, at least among the group's core library, though it might've been nice to have gotten a demo track or perhaps a better concert track represented as well. As it is, however, this set does represent their best (if not always their most interesting) work. 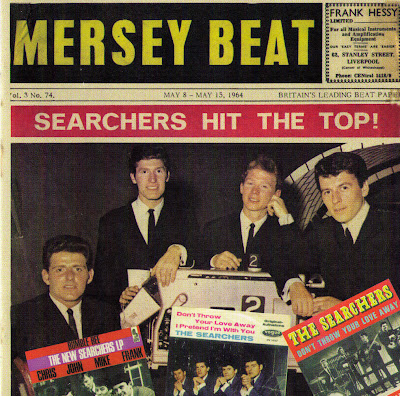 The music not only has great detail and a very close, emphatic sound but has been centered, so that on the stereo cuts one gets the stereo effect without the widely spaced, highly artificial ping-ponging between voices and instruments that was common on their early CDs. The annotation is minimal, the accompanying booklet containing photos (including some cool instrument shots) more than text, and it would've been handy if the release dates had been listed as well. Still, the price is right and no one is likely to be displeased with the sound or the music, and it's possible that a few obscurities will be discovered along the way. 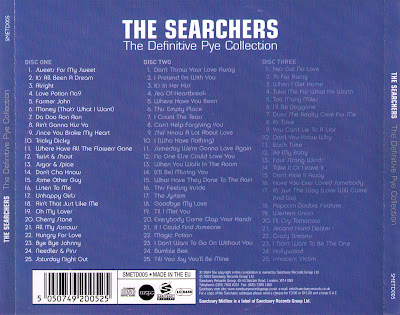