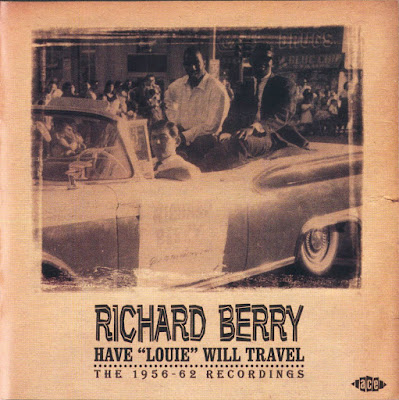 If for no other reason than that he was the original writer and performer of "Louie Louie" (itself based on "El Loca Cha Cha" by Rene Touzet), Richard Berry holds a permanent place of honor in the history of rock & roll. Beyond that, though, Berry was an important, if secondary, figure of the early- and mid-'50s Los Angeles R&B scene. As a teenager with the Flairs and as a solo act, Berry recorded quite a few singles that demonstrated his versatility with ballads, novelty songs, and even Little Richard-styled numbers. His facility with deep-voiced comic material was a clear forerunner of the Coasters, and in fact he was the uncredited lead singer on Leiber & Stoller's "Riot in Cell Block #9," recorded by the Robins (later to mutate into the Coasters). He took another uncredited vocal as Ella James' deep-voiced sparring partner on "Roll With Me, Henry," one of the biggest R&B hits of the mid-'50s. Berry originally recorded "Louie Louie" in 1956; the record was a regional hit in several West Coast cities, but no more than that.

Louie Louie CollectionBerry's recording career petered out in the late '50s, though he remained an active performer. In the early '60s, several Northwest bands seized upon "Louie Louie" as cover material, scoring sizable regional hits; finally, in 1963 the Kingsmen broke the song nationally, reaching number two. In the decades since then, "Louie Louie" became one of the most oft-covered rock standards of all time; there probably exists well over 1,000 versions. 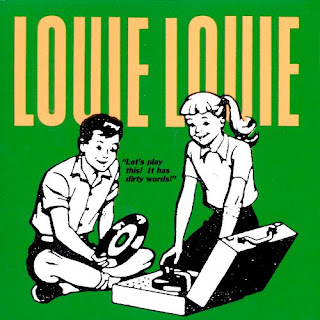 The song was investigated by the FBI and inspired parades and campaigns to adopt it as the official song of the state of Washington. The original version ironically remains extremely difficult to find, appearing only on obscure compilations (the Berry version on Rhino's Louie Louie anthology is a re-recording). For Berry there was a happy ending -- in the late '80s he regained the rights to his song that he had lost many years ago. 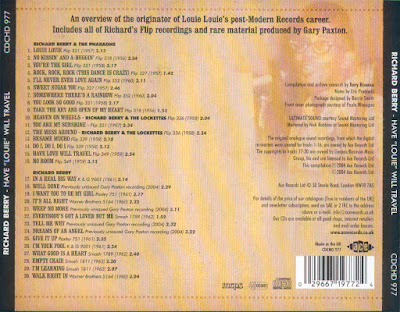 Although Richard Berry had long been recognized as an important secondary pioneer of '50s rock & roll/R&B in general, and as the originator of "Louie Louie" in particular, his best and most influential material was out of print for decades. This 30-track compilation totally rectifies the situation, with both sides of all eight of his 1956-1960 Flip singles, as well as an almost equal number of early-'60s recordings for various labels, some previously unissued. The Flip sides in particular represent his most important work, if for no other reason than they include his original (and not often reissued) 1957 single version of "Louie Louie," the regional rock & roll hit that eventually became one of the most covered songs of all time. Otherwise, the Flip stuff shows him to be something of an R&B-rock jack of all trades, including doo wop ballads, uptempo Los Angeles R&B in the midst of transition to rock & roll, and novelty-tinged numbers that sound a little like some of the Coasters' early work. The quality on the Flip tracks is variable, and frankly not strong enough to qualify him as a major rock & roll artist, ranging from the ordinary and generic to the outstanding. In the outstanding category are "Louie Louie," the call-and-response vocal number "Sweet Sugar You" (where the Coasters connection sounds the strongest), a fun rock & roll version of "Besame Mucho" (also covered by the Coasters, lest we forget), and "Have Love Will Travel," his best song other than "Louie Louie." The early-'60s cuts were produced by another L.A. jack of all trades, Gary Paxton, and while some of them are good, they seem to have a bit of a slapdash try-anything-and-see-what-sticks mentality. Some of them are very much in Berry's '50s style; others are clearly trying to mimic the R&B-pop crossover of Brook Benton; and "Everybody's Got a Lover But Me" is a dead-on imitation of early, Latin-tempoed Impressions hits like "Gypsy Woman" that's enjoyable but quite derivative. It's an inconsistent compilation, then, but it's a worthwhile plug in the gap of Berry's discography, his complicated saga clarified by the outstanding, thorough liner notes.