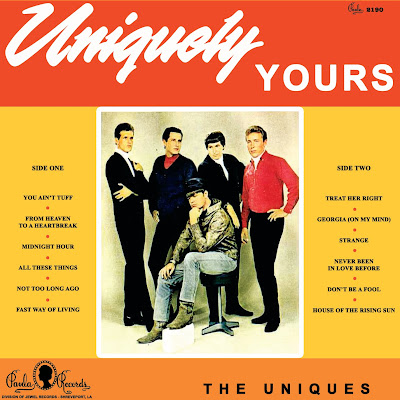 Joe Stampley began his ascent to country stardom, he fronted a Louisiana rock band, the Uniques, who were quite popular in the South, although national attention eluded them. His interest in music dates to boyhood, when he listened to his father's Hank Williams records and learned to play piano before he was ten years of age.
The Uniques were based out of Shreveport, the largest city near Springhill, and began performing in Arkansas, Louisiana, and Texas. They were adept at blue-eyed soul, covering William Bell's "You Don't Miss Your Water" and Art Neville's "All These Things," landing a huge regional hit with the latter tune.
They were also capable of waxing good, original, Southern-flavored pop-rock, especially on "Not Too Long Ago," another big Southern hit.
They also did an all-out, raunchy, R&B-hued garage-band stomp, "You Ain't Tuff," which gives the band a somewhat misleading image among garage band collectors. 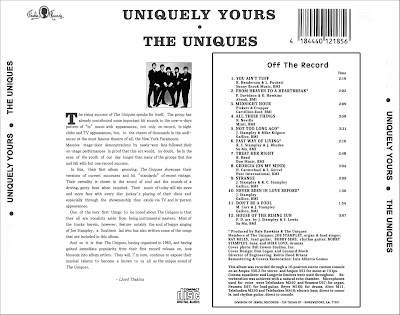