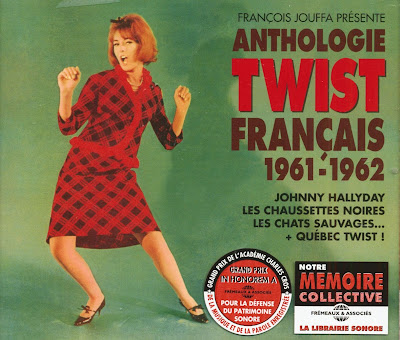 In autumn 1961, just when American rock 'n' roll was taking root in France, "(More) fresh air from over there did us some damage." It was the twist. It was music (derived from rock); mostly, it was a dance and a society-phenomenon. French rockers launched it (Johnny Hallyday, the "Chaussettes Noires", the "Chats Sauvages" and the Pirates...) and, against all expectations, stars in a more traditional form of entertainment followed them: Maurice Chevalier, Dalida, Henri Salvador et al. This set is the first advanced study of the genre, with Francois Jouffa and Pierre Layani examining a year and a half of contortions complete with a tasty selection from Quebec... Patrick FREMEAUX 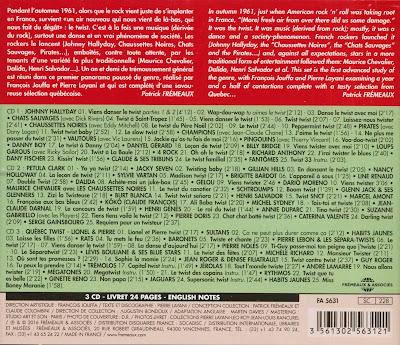