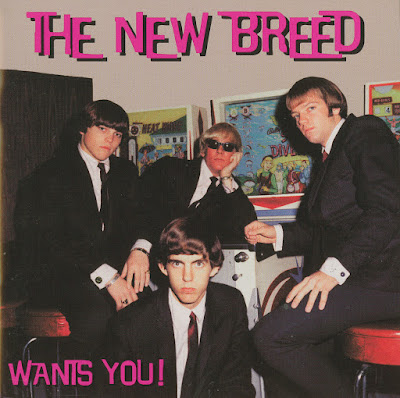 From Sacramento, CA, the New Breed recorded a few British Invasion-influenced pop-garage singles in the mid-'60s that did well in their hometown and a few other pockets of Northern California, but went unheard elsewhere. One of the many decent but somewhat colorless bands of their type, they at least had good taste in material, recording a version of the obscure Lennon-McCartney song "I'm In Love" (which had been a British hit for the Fourmost), and covering Randy Newman's "I've Been Wrong Before" when the singer/songwriter was all but unknown. The stomping "Green Eyed Woman," a Sacramento hit, was their best original song. The group pursued a more psychedelic direction after 1966, and changed their name to Glad for an album on ABC in the late '60s. In the 1970s, they turned into Redwing, who recorded a few LPs for Fantasy. If the New Breed are mentioned at all in history books, it's because bassist Tim Schmit joined Poco in 1970, and then the Eagles in 1977. 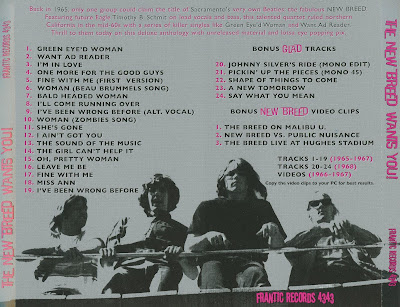 The New Breed Wants You! contains 24 tracks from 1965-68, including all their 45 sides, unreleased material from aborted single and album projects, and several cuts by the combos latterday incarnation Glad.

tags Glad, The New Breed, US