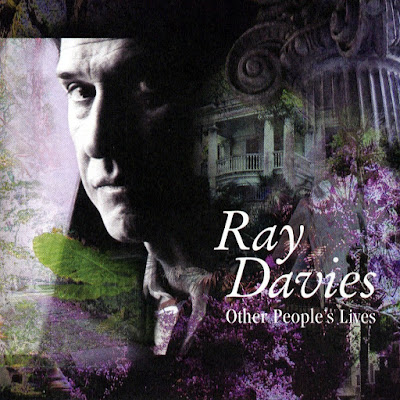 Sir Ray Davies was born June 21, 1944 in Muswell Hill, London. From 1963 till 1996 he was the leadsinger of the legendary band The Kinks. He wrote and produced most of the songs, some together with his brother Dave. In 1995 he started touring solo with his Storyteller tour, in which he read parts from his biography X-Ray and played old and new songs to tell the story of his life. Anno 2006 he's still touring and making music. His first real solo-album was released in February 2006. On 31 December 2016, Davies was awarded a knighthood in the 2017 New Year Honours for services to the Arts. 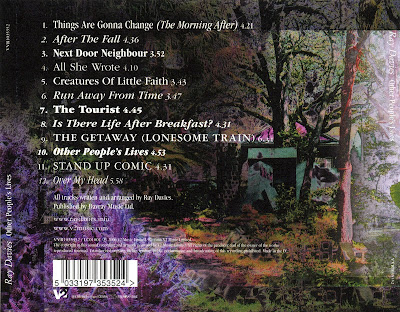 Most artists don't wait until they're nearly 62 to deliver their first official solo album, but Ray Davies has never been predictable. As a matter of fact, Davies is the quintessential rock contrarian, doggedly following his path, sometimes to the detriment of his own art or career. This obstinate nature extends to the very sound of his solo debut Other People's Lives, a shiny, simmered-in-the-studio album where each song creeps on just a little longer than necessary. This 2006 effort sounds roughly 16 years out of time -- sonically, it could comfortably function as the follow-up to 1989's UK Jive -- and its slickness may keep some listeners at a distance, particularly if they're craving a stripped-down, back-to-basics comeback along the lines of Dylan's Love and Theft or the Stones' A Bigger Bang. But such a bare-bones effort isn't in Davies's nature -- ever since the early '70s, he's kept things clean and glistening on the surface while being prickly underneath. This may not suit the tastes of fans pining for a return to Village Green, but behind that smooth production are a set of songs that reveal that Davies has returned to form as a rich, idiosyncratic pop songwriter.

As he states in his wonderful liner notes -- where he details the recording circumstances for each cut, plus the album at large -- Other People's Lives is no concept album, but there are themes that hold it together. Davies tackles mortality and, one of his favorite themes, domesticity, head-on here, and his wit and wry critical eye remain intact. As an album, Other People's Lives may occasionally lag in momentum, but song for song, this is his strongest set of material since Low Budget, but a better comparison may be Misfits. Like that 1978 gem, this record doesn't rock hard and has a distinct writerly bent, as Davies presents a collection of narratives and character sketches that play like short stories. If there's a sense of creeping mortality here, there's also little fear (and there's no rumination over his shooting in New Orleans, either, since all the material was written before that incident). There's humor, irony, earned sentimentality and knowing, careful observations, all wrapped up in meticulously crafted words and music. There are hints of the Kinks -- "Is There Life After Breakfast?" lopes along like an outtake from Everybody's in Show-Biz, the absurd "Stand Up Comic" recalls the vaudevillian hard rock of the late '70s -- but there's nothing written as a conscious emulation of his past; instead, he's returning to his strengths and finding new wrinkles within his signature style. And if there are no flat-out knockouts here, there's not a bad song here, either, and each tune seems stronger with repeated plays. Most of all, Ray Davies sounds engaged as a writer and musician in a way that he hasn't in years, and that doesn't just make for a strong comeback, but it makes listeners realize what they've all missed since he's been away for 13 years (or perhaps longer, given the disconnect on latter-day Kinks records). Here's hoping that Other People's Lives kicks off a latter-day renaissance for the singer/songwriter, since it's proof that while many try to emulate him, there's no substitute for the crankiest, funniest songwriter in pop.