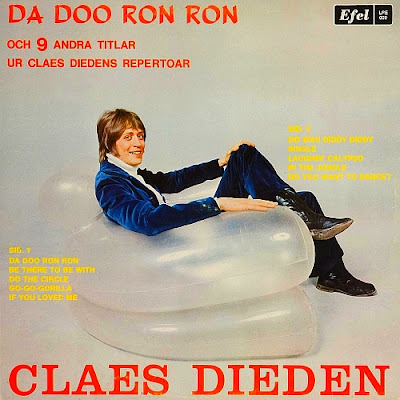 Claes Dieden , born May 4, 1942 , is a Swedish singer , songwriter and radiowoman. Dieden was 1965 to 1967 member of "Science Poption", before solo-making. He was on top ten with the song "Da Doo Ron Ron" 1969 and on the Swedish top with Hit, I probably will not get more in 1970. In the early 1970s, however, he left the musician track and instead focused on the career of radio actor he started in 1964 on Sweden's Radio . Here he was one of the first to launch a less formal way of unzipping programs and music, inspired by American disc jockey . During the 1990s, Dieden was the speaker of NRJ radio station where he was heard for many years.