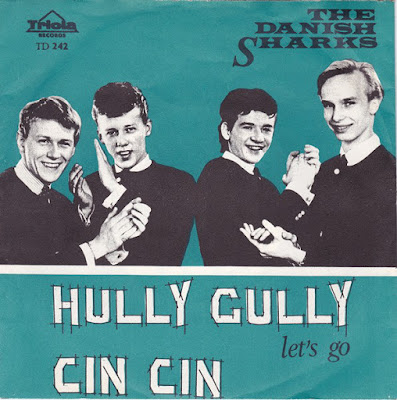 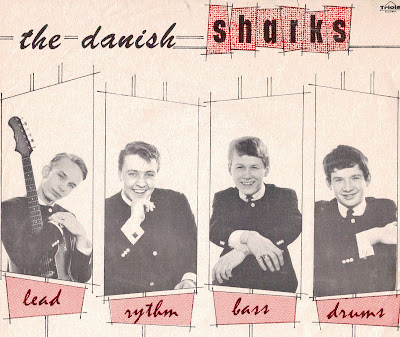 
“Barbed wire group formed in 1960 with a background in Bellahøj Orchestra Silver Guys (formed in 1957). Changed their name to The Sharks (inspired by one of youth gangs in the musical West side story.)

Got the contract with Triola and changed at the same time its name to Danish Sharks p.g.a. other groups named Sharks abroad.

Danish Sharks played instrumental and vocal r&r music, but tried at Liverpool-wave appearance turning style against the more beat embossed, however, without the audience’s success. The group played mostly in youth clubs in the province and had, among other things tours to Sweden (not Norway, Finland and Germany as previously claimed). In Copenhagen, they played primarily at the Moulin Rouge, where there was “Danish Sharks Pop Club”.  Danish Sharks had trodden the boards in ABC-Revue Sextase, and Søren Strømberg continued as an actor and made his debut in “Married” in 1966, and since appeared in a variety of soft porn lystspil, inter alia. the so-called bedside-films.

Danish Sharks appeared in the film “Villa Vennely” in 1964 as mimende backing for Anette.” 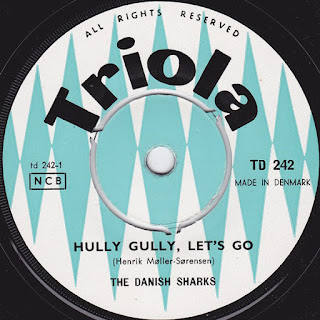 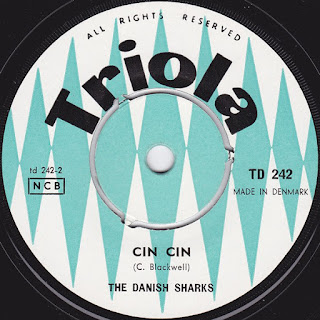 I would be very grateful if someone could share 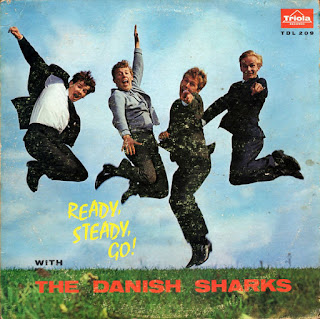 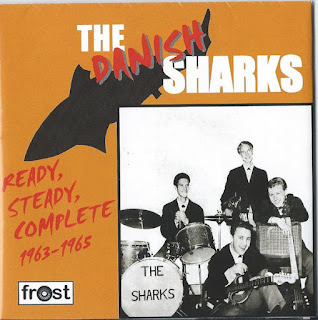