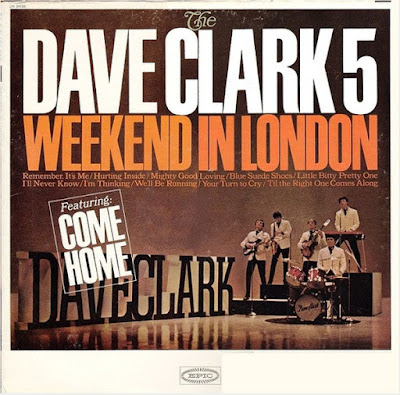 Weekend in London was the least-commercially successful of the Dave Clark Five's first six Epic albums. The slow, bass-driven "Come Home" was the album's hit, just reaching the Top 15 in America. The crunchy-with-horns "I'm Thinking" was recycled as the flip side of "Reelin' and Rockin'" a year later and "bubbled under" Billboard's Top 100. The album is a mixed bag of originals and covers of '50s hits like "Blue Suede Shoes" and "Little Bitty Pretty One," following the de facto formula for British Invasion records. The band's own songs vacillate between the pretty Beatlesque pop of "Your Turn to Cry" and moody rockers similar to early Zombies. The Dave Clark Five were putting out about three albums a year at this time, and in spite of its high points, Weekend in London sounds like they were being stretched a little too thin. 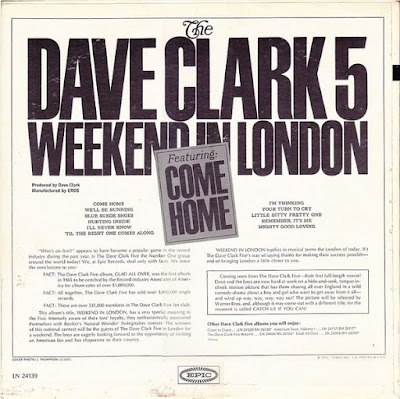