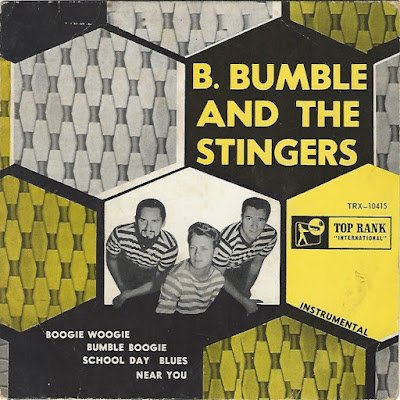 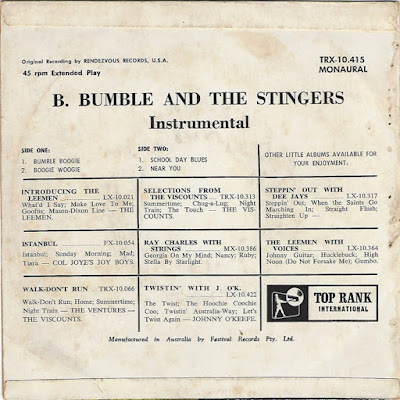 B. Bumble and the Stingers were an American instrumental ensemble in the early 1960s, who specialized in rock and roll arrangements of classical melodies. Their biggest hits were "Bumble Boogie", which reached number 21 in the US, and "Nut Rocker", which reached number 1 in the UK Singles Chart in 1962. The recordings were made by session musicians at Rendezvous Records in Los Angeles, but when they became successful a touring group was formed led by R. C. Gamble (3 November 1941 – 2 August 2008) as "Billy Bumble".