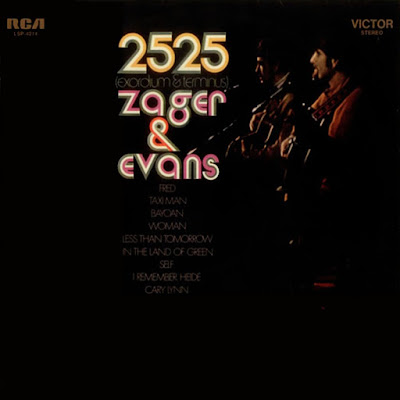 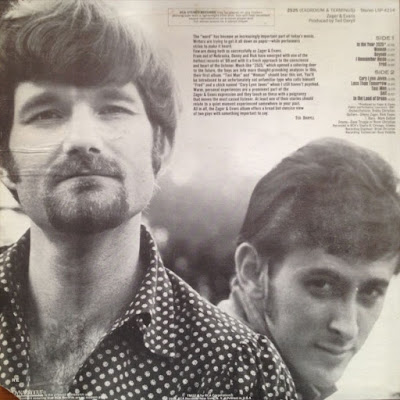 The folk-rock duo of guitarist/vocalists Denny Zager and Richard Evans made their bid for temporary greatness with "In the Year 2525," a post-apocalyptic vision of life in the future. Formed in Lincoln, NE, Zager & Evans hit number one with "In the Year 2525" less than a month after its release in summer 1969 (the single was written by Evans, allegedly in half an hour). The LPs In the Year 2525 (Exordium & Terminus) and The Early Writing of Zager & Evans followed in quick succession before the end of the year, but the pair's chart run had finished. Food for the Mind, released in 1971, proved their final LP.