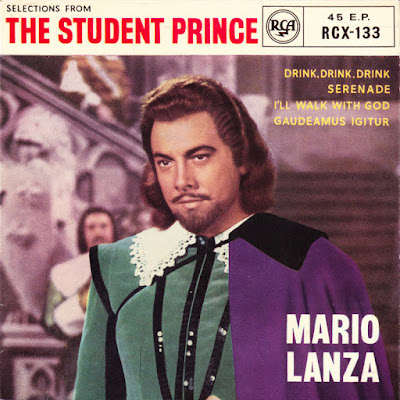 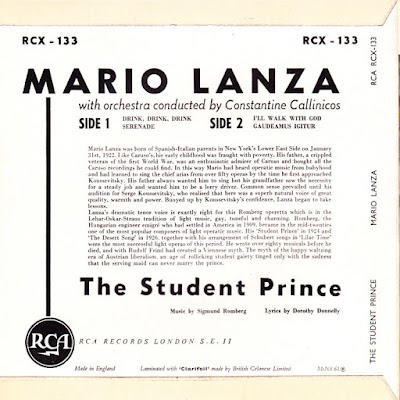 RCA Victor issued two different recordings with Lanza of the songs from the film. The first, in 1954, was a genuine film soundtrack recording in monophonic sound. Rather than reissuing the original soundtrack in stereophonic sound (which would have been possible since the movie was filmed using 4-track stereo, and stereo records were released starting in 1958), RCA Victor recorded and released an all-new album in 1959. The original Dorothy Donnelly lyrics were restored to this album. Both the 1954 and 1959 albums, however, also included the three additional songs written specially for the film version ("Summertime in Heidelberg", "I'll Walk With God", and "Beloved"), and both albums omit the solo for Kathie, "Come Boys".
Enjoy.
@