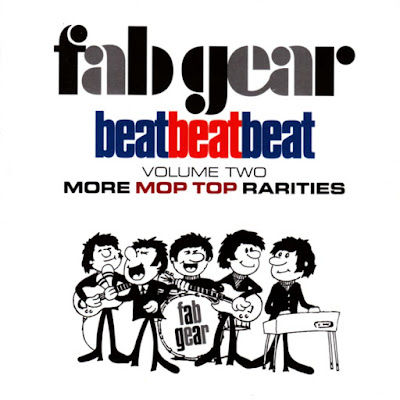 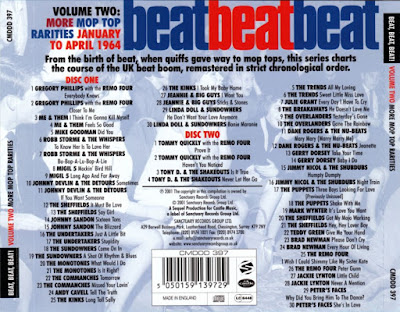 This two-CD set picks up right where the first volume left off, a chronological account of Pye Records' releases in the Merseybeat style from January until April of 1964. There's amazingly little that isn't worth hearing -- in fact, nothing here is not worth knowing about -- among these 60 songs, even if some of the groups are almost totally unfamiliar: Me & Them, cheerful Cockney rocker Mike Goodman, Robb Storme & the Whispers (doing a pounding, beat-style version of "To Know Her Is to Love Her"), Johnny Devlin & the Detours (no, not the Who in their brief existence under that name), Teddy Green, and Peter's Faces (formerly Peter Nelson & the Travellers). One will come away from listening to this set not only with a lot of good tunes that were hits in other hands ("Yesterday's Gone" by the Overlanders, the Trends' cover of "All My Loving," "Everyday I Have to Cry" by Julie Grant, the Kinks' version of "Long Tall Sally"), but a few chart hits, in the U.K. ("Mocking Bird Hill" by the Migil Five) and internationally (a handful of Searchers singles), and lots of decent songs off the obscure side of the British Invasion. This isn't the kind of collection for someone who wants chart singles and songs recognized off the radio, but for someone who wants to hear the all-rans of that phenomenon and 140 minutes of material that's every bit as earnest (if not as inventive or distinctive) as the best work of the Beatles, Gerry & the Pacemakers, and more, this set is for you. The annotation is extensive and detailed, and the sound is excellent.