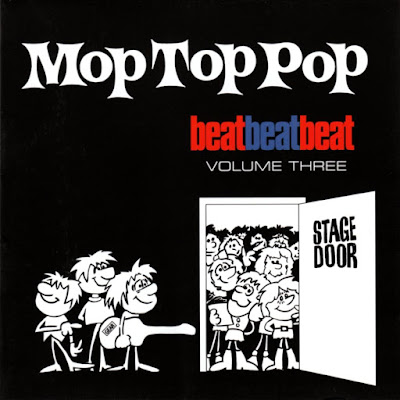 The third entry (subtitled "Mop Top Pop") in this retrospective series of chronological reissues of Pye Records' releases covers the tail-end of the first wave of the British Invasion, from April through July of 1964. Interspersed with promising outfits like the Kinks and the label's one hugely successful act, the Searchers, are more great records by the likes of the Chants and the Trends, who never got the recognition they deserved, and a lot of acts that undeservedly barely made it out of the starting gate, most notably Shane & the Shane Gang, whose bluesy "Whistle Stop" is almost worth the price of admission. It's amazing to see performers like Johnny Sandon (best known in America as a footnote in the Searchers' history) still pushing their work at this relatively late date (and good work it was, too, albeit not really in a Brit beat style), and Beatles footnotes like Jimmy Nicol doing solid soul instrumentals -- "Husky" at least got recorded and pushed heavily on release, probably by virtue of the press Nicol received subbing for Ringo Starr early in 1964, but it was too different from the Beatles' sound to make the leap out of jukeboxes and onto the radio or the sales charts. As with the other parts of this series, the sound is phenomenally good, and the annotation is more thorough than one could ever ask for.

Email ThisBlogThis!Share to TwitterShare to FacebookShare to Pinterest
tags Beat