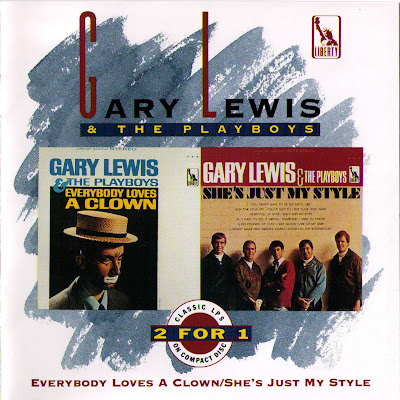 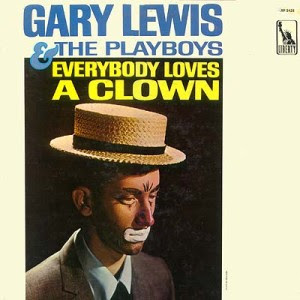 Gary Lewis & the Playboys' albums are inevitably a less than satisfying experience -- Lewis' vocal abilities were good enough that, with Snuff Garrett, Leon Russell, and a cadre of L.A.'s top session musicians surrounding him and the best possible tunes to work with, he could generate hit singles. Putting together a dozen good songs at a time, however, was beyond anyone's ability where Lewis was involved. This, his third album, is highlighted by some halfway decent covers of familiar fare such as "Tossin' and Turnin'," Don Everly's "('Til) I Kissed You," "My Special Angel," and "Sha La La," all of which are more memorable as songs than the title track, a number of which Lewis is embarrassingly proud to have co-authored. "Sha La La" is the best track on the album, and the only one that requires no apology -- it wouldn't make the members of Manfred Mann lose any sleep, but it is a smooth and very appealing number. And the closing track, "Dreamin,'" is a positively catchy, upbeat number with Lewis exploiting the hooks magnificently. Of course, Lewis put another original in between these two numbers just to make sure no body takes any of the music making here too seriously -- "Time Stands Still," a slow ballad that only refocuses the listeners on the limitations of his voice. Not that this was too much of a concern for the people buying this album, the playing was enthusiastic and the arrangements occasionally inspired ("Sha La La," "Dreamin'"), but Lewis' voice was so limited that it is difficult to get through this album in one sitting. 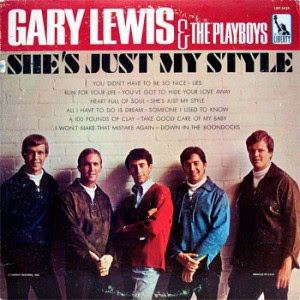 The title track on this, Gary Lewis & the Playboys' fourth album, is so fine a piece of pop/rock that it would automatically elevate the value of any LP on which it appeared. Leon Russell's guitar solo by itself on that track is almost worth the price of admission on its own terms, and, in this case, the title track heralded a new sound for the group, as is evident throughout this, their best original LP. This time out, Lewis, producer Snuff Garrett, and all concerned evidently decided that they were going to do an album that people enjoyed hearing more than once, and they delivered it. She's Just My Style is much more of a rocking album than its predecessor, with a leaner sound and more upfront presence on the guitars and bass, and a pretty fair choice of covers (including a pair of Lennon and McCartney songs), all of them solid as rock & roll numbers. Playboys guitarist Tommy Triplehorn even turned up his amp to capture the raunchy side of Jeff Beck's fuzz-tone part on "Heart Full of Soul" and gets a cool, "dirty" sound on Lewis' cover of the Beatles' "Run for Your Life." The group gives "You Didn't Have to Be So Nice" an even more lyrical reading (with more bells, too) than the Lovin' Spoonful's original. What's more, even Lewis' one co-authored original here, "I Won't Make That Mistake Again," is more than adequate to fill a slot on this first-rate pop/rock album, the high point of the group's LP output. 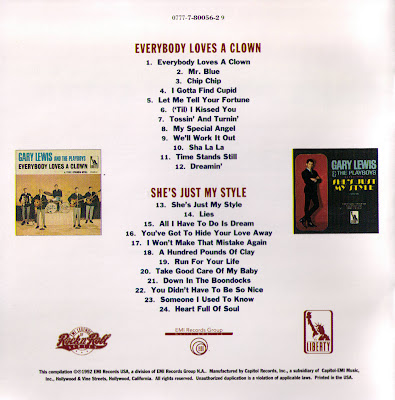