The Wailers - The Fabulous 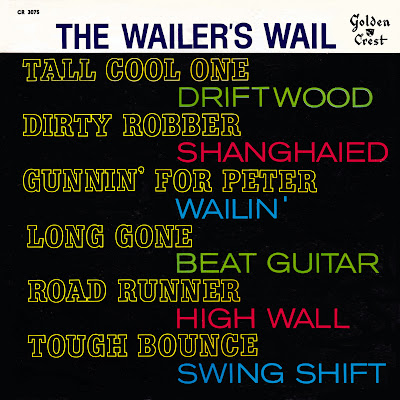 The historical importance of the Wailers is undeniable. They were one of the very first, if not the first, of the American garage bands. Backing Rockin' Robin Roberts, they revamped an obscure R&B song called "Louie Louie" into a 1961 local hit that served as the prototype for the countless subsequent versions of the most popular garage song of the '60s. And their stomping, hard-nosed R&B/rock fusion inspired the Sonics, who took the Wailers' raunch to unimaginable extremes. While they anticipated the British Invasion bands with their brash, self-contained sound, their inability to write first-rate original material, as well as their rather outdated sax and organ-driven frat rock, put them in a distinctly lower echelon. As the decade progressed, the group did absorb mild folk-rock and psychedelic influences without great effect, either commercially or on their sound itself.
\ 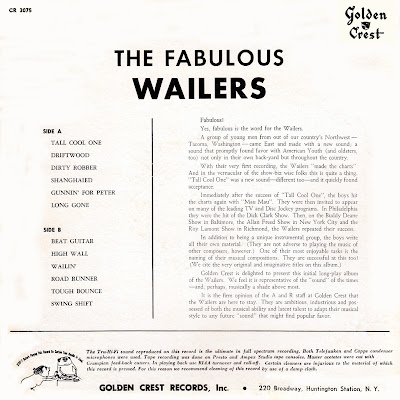