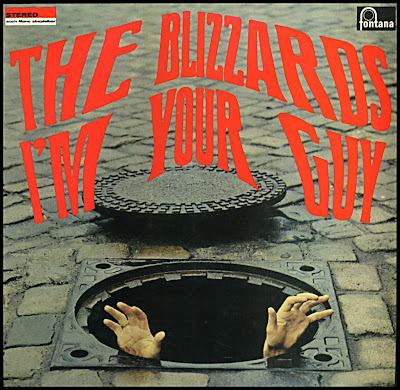 Even among followers of Eurobeat, or even '60s German rock specifically, the Blizzards -- not to be confused with the entirely different Dutch band of the same era named Cuby & the Blizzards -- haven't been very widely heard.

But while they lack the wild edges of the Lords and the Boots, to name the most internationally esteemed names in this field, their 1965 album I'm Your Guy has its moments for devotees of the style. They play in a rough'n'ready style heavily influenced by the British Invasion, though with a jagged attack (especially rhythmically) that makes it a little distinct from U.K. bands operating in similar areas. The weakest link -- as it is in numerous German rock records of the mid-'60s, more so than in similar groups from Holland and Scandinavia also singing in English as a second language -- is the singing, delivered with the stiffness of performers who don't quite understand everything they're relaying. The lyrics, too, are on the basic side and indicative of the clumsiness that comes with operating in a tongue in which they're not totally fluent. The originals (which comprise more than half the LP) are still relatively decent, if hardly wonderful, often invested with the kind of gloomy cast that numerous Continental bands brought to beat music. Still, when they turn their attention to covers of classic contemporary hits like "Mr. Tambourine Man," the Hollies' "I'm Alive," and Del Shannon's "Stranger in Town" -- none of them done nearly as well as the originals, though "Stranger in Town" has an appealingly frenetic recklessness -- the superiority of the outside material is mightily apparent. "Faithless Sleep" gets the nod as the best track due to its eerie swells of what sound like tone pedal guitar. A few other cuts that fall outside the usual sub-British Invasion aping add variety, especially the horror-rock organ-dominated "Dr. Jekyll," the Shadows-like instrumental "Blue Star," and the quite good surf-style instrumental "Blizzards." ~ Richie Unterberger, Rovi 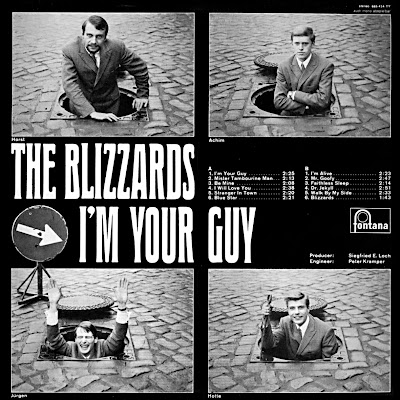