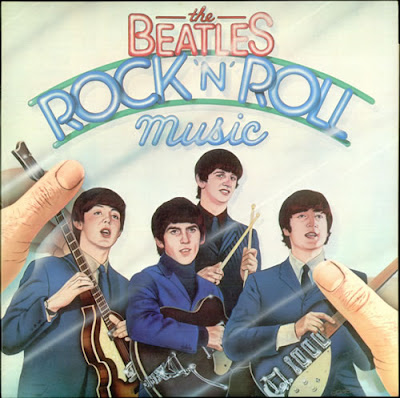 On toward the mid-'70s, it dawned on the powers-that-were at Capitol/EMI that millions of listeners had come of age since the breakup of the Beatles in 1969 and, thus, had never experienced the group except in a historical context. (This notion was aided by true tales of younger Wings fans discovering -- to their amazement -- that Paul McCartney had been "a member of another group"). All of the Beatles' albums were still in print and easily available (and routinely stocked by most record stores), but it was thought that some new excitement was needed, some fresh exposure, to re-introduce their work to these younger listeners. The label could have launched a new advertising and promotion campaign, but more of an effort seemed in order -- especially as the same company had recently seen a huge resurgence of interest in its catalog of Beach Boys material, owing to the chart-topping Endless Summer compilation and its nearly as successful follow-up, Spirit of America. And so the company decided to try a similar repackaging/re-marketing scheme with the Beatles. And the result was Rock & Roll Music, complete with an accompanying single release of "Got to Get You into My Life." One of the harder rocking songs off of Revolver, the decade-old track was released in June of 1976 with a B-side of "Helter Skelter"; the latter (likely chosen at all because of the song's renewed topicality in a then-recently shown and widely watched made-for-television movie about the Manson killings) rode the charts for 11 weeks, peaking at number seven. Given the title and focus of the collection, a lot of the emphasis on the double-LP set was on the group's pre-psychedelic period; it also emphasized -- more than anything seen from them since 1965 -- their joyous renditions of other songwriters' work, especially old rock & roll standards like "Long Tall Sally," "Slow Down," "Dizzie Miss Lizzie," "Twist & Shout," etc., which had been a significant part of their output before their in-house songwriting came to dominate their recordings.
Even focusing on their originals, the results were impressive, with the first LP appearance of the Paul McCartney-authored Little Richard homage "I'm Down," originally a single B-side that had also been their concert closer on the 1965 tour; "Anytime at All"; and the delightful late-era "Birthday," which was an opposite of sorts to the darker "Helter Skelter" from the same original album. Of course, for anyone who had been around for the group the first time, none of this was new, despite original producer George Martin's remixing of five of the early songs, owing to the poor sound of the existing masters; additionally, the Beatles U.S. catalog already had one magnificent rock & roll album for fans to savor in The Beatles' Second Album, one of those thrown-together American releases from their early days that was perfect from beginning to end and never slowed down for a ballad, except when they did a Motown song. And the packaging and graphics here seemed curiously irrelevant, seemingly equating the Beatles and their music with distinctly 1950s-oriented images and symbols, including Marilyn Monroe; indeed, thinking about it now, one wonders if this record's jacket wasn't made up of images rejected at some point for some Beach Boys compilation. But Rock & Roll Music did work as a marketing concept, the album rising to number two on the U.S. charts (and kept out of the top spot only by -- rather fittingly -- Wings at the Speed of Sound). The record was divided into two separate, notably unsatisfying budget-priced single LPs in the 1980s, before being deleted later in that decade. And neither the original album nor its supporting single release, "Back in the U.S.S.R." b/w "Twist and Shout," were as successful in England -- then in the throes of booms related to glam rock and punk rock, where the Top Ten and Top 20, respectively, were as high as each got.
http://oldies-goldies.ru/product_info.php?products_id=343
LP 1:
1. Twist And Shout
2. I Saw Her Standing There
3. You Can't Do That
4. I Wanna Be Your Man
5. I Call Your Name
6. Boys
7. Long Tall Sally
8. Rock And Roll Music
9. Slow Down
10. Kansas City
11. Money
12. Bad Boy
13. Matchbox
14. Roll Over Beethoven
LP 2:
1. Dizzy Miss Lizzy
2. Anytime At All
3. Drive My Car
4. Everybody's Trying To Be My Baby
5. The Night Before
6. I'm Down
7. Revolution
8. Back In The USSR
9. Helter Skelter
10. Taxman
11. Got To Get You Into My Life
12. Hey Bulldog
13. Birthday
14. Get Back
and CD REMASTERED 2005 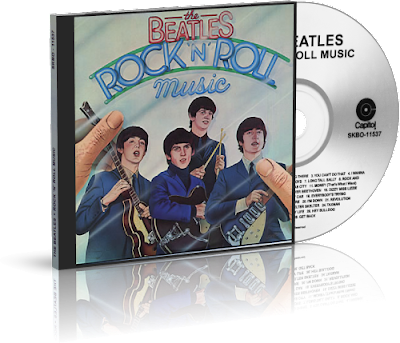