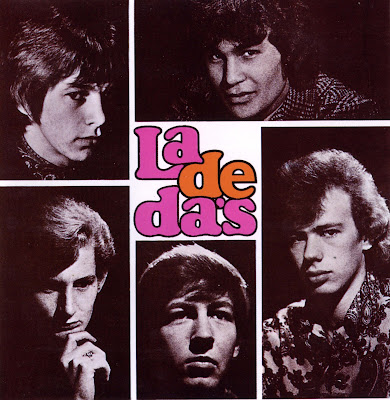 Aside from Ray Columbus & the Invaders, the La De Das were New Zealand's most popular rock group of the '60s. As big fish in a very small pond, their work doesn't hold up to scrutiny in the company of the era's top American and English acts. But they did record some fine garage/pop numbers in the spirit of the Rolling Stones in the mid-'60s. A few of these ("How Is the Air Up There?" and "All Purpose Low") were big N.Z. hits, and they reached the Top Ten with covers of John Mayall's "On Top of the World" and a version of Bruce Channel's "Hey Baby." In 1968, they recorded a psychedelic-tinged children's concept LP, The Happy Prince; which bears resemblance to modern twee. After a failed attempt to crack the British market, the group soldiered on for quite some time with pedestrian hard rock that -- like even the best of their early work -- was very derivative of overseas trends. 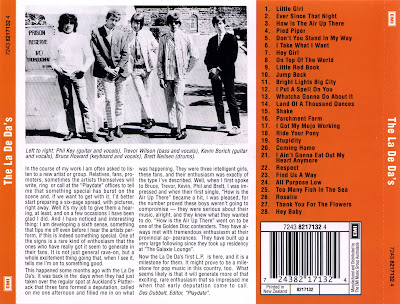